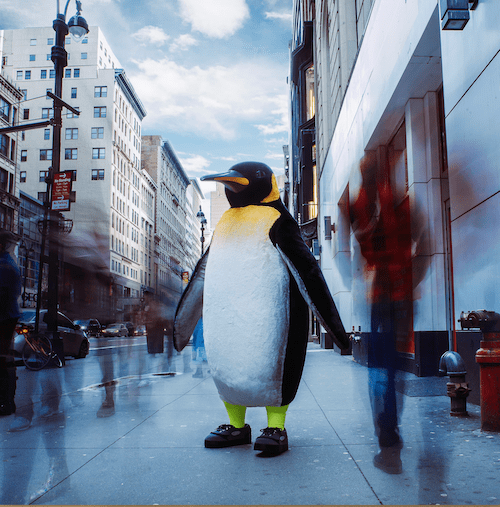 Rocket Pengwin makes a monumental return to the release radar with his new single ‘Unique’. The single will be released in conjunction with a music video that will serve as the visual debut of the Rocket Pengwin. Stemming from the creative vision of multi-hyphenate producer and performer Eddie Sears, the Rocket Pengwin project serves as a storytelling vehicle to examine life as an outsider just trying to fit in. ‘Unique’ is available now across streaming platforms via Ultra Music.

‘Unique’ opens with an enticing guitar solo before cascading into a surging melody. The vocal overlay provides a sense of optimism buried by angst with the lyrics “Everything’s broken, but that’s how you let the light in”. Serving as the focal point of the song, the chorus “I’m unique just like everyone else, but I’m not everyone else” emulates the theme of the song and subsequent music video. ‘Unique’ features harmonious guitar elements, an edgy vocal offering, and throbbing bassline. Clocking in at three and a half minutes, the track showcases a blend of electronic and pop punk sensibilities, which are the cornerstones of the Rocket Pengwin sound.

The music video follows the Pengwin across the boroughs as he gets accustomed to the subway, searches for an apartment, explores Chinatown and makes his first few friends. As we see the Pengwin face the struggles that every New Yorker can relate to, it becomes clear to viewers that while he might have a bit more fur, he’s just trying to survive like the rest of us.  ‘Unique’ paints a vivid story, both sonically and visually,  of what it feels like to start a new beginning.

Stemming from a diverse music background, Eddie Sears created the Rocket Pengwin project as a mechanism to share his own story of finding a sense of place in rapidly changing environments, and the challenging yet rewarding process of settling into New York City. While spending countless hours honing his studio craft, Sears appeared across a number of NYC nightclubs including a sold out show at Mercury Lounge in 2019. Additionally, he debuted his live show at Nameless Festival in Italy last year. One of his notable recent releases, ‘Windmills’, received a vibrant remix from Havoc & Lawn and Danusk. As the project continues to evolve, Sears finds creative ways to blend a multitude of musical offerings into his compositions and further introduce Rocket Pengwin to the world. ‘Unique’ is the first single ahead of his forthcoming Planet Earth EP on Ultra Records. The EP is set for release on April 24th, conveniently in between Earth Day and World Penguin Day. 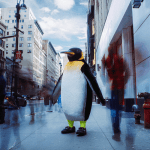