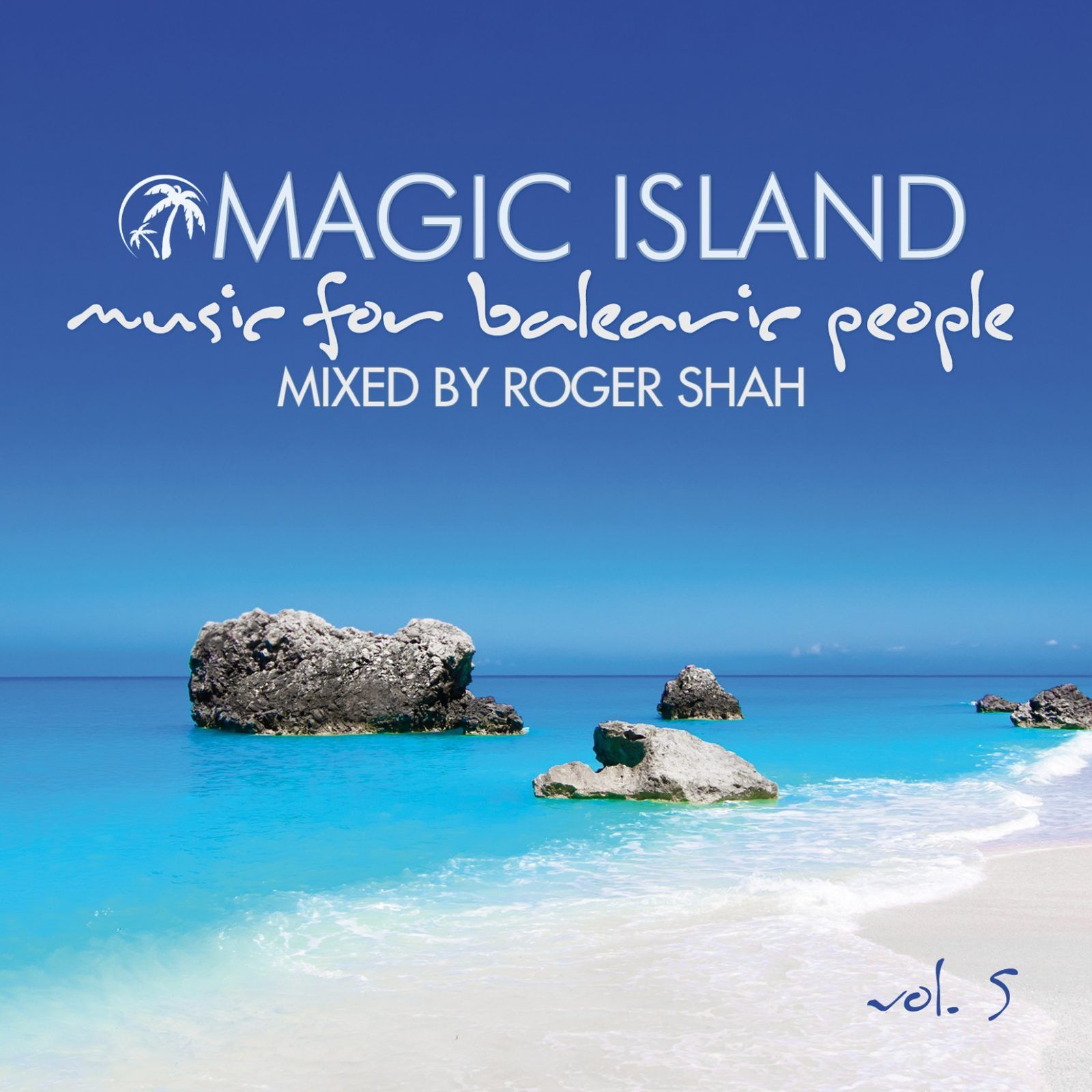 He the man who’s got his mind on summer… and summer on the mind! Eternal sun-chaser Roger Shah returns, front end of 2014’s hot season with a fifth spectacular day-through-night seasonal soundtrack-er. Once again epitomizing to the nth degree his twin sonic psyches, by its mix turns ‘Magic Island 5’ supplies seaside atmosphere and nitric, beach-bar grooves and latterly synth and vocal driven club elevation.

Featuring 30 new tracks, each expounding these ethics in their own way, the album includes a mass of new studio material from Roger himself, as well as many from his best know sobriquets and collaboration projects. In and amongst them is music from High Noon At Salinas, Black Pearl, Global Experience, Sunlounger as well as tracks from Carla Werner, Rocking J, Dennis Sender, PM Attitude and a whole host of others.

Whether you be stretched horizontal on the beach or fully vertical club-side, ‘Magic Island 5’ is ready and waiting to pop the gateway open to summer.

The passage to the fifth in the Magic Island chain starts in the most tranquil of waters. Dipping its toes in, it brings the live percussion, reclined tempos, samba-ish rhythms and the caught-on-the-breeze sounds of Carla ‘Southern Sun’ Werner’s ‘Power’, Balearic Session’s ‘Visitas’ and Brian Laruso-produced/Mila Falls-vocalled ‘Could This Be Love’. Imbuing the mix with plenty of his own studio stock, Roger works in recent singles ‘Surrender’ and ‘One Life’, as well as ‘When You’re Here’, which features the vocals of Aisling (daughter of Moya ‘Clannad’ Brennan) Jarvis. Mid-mix Roger begins a progressive upswing to its tempo. Starting to shake the sand out of its shoes, the mix builds with the Sophie Ellis-Bextor-sung future anthem ‘Back To Paradise’, the jetstream-ing riffs of Global Experience’s ‘Santa Monica’ and Rocking J & Alexandra Badoi’s ‘Lumina’.

“None of the Magic Island albums are ‘Ibiza compilations”, says Roger Shah, clarifying the ever present misconception of his estimable series. “To me Balearica is a state of mind, not a place; ‘Magic Island’ is a metaphor – not for the White Isle itself, but everything its represents worldwide. Sun, sea, sounds, vacations, having fun, those types of things. Its designed as a soundtrack to enjoy life by!

I feel this new edition takes the capture of all those elements to a new level. I’m delighted to be able to include new music from so many of my favourite producers. I hope wherever you find yourself this summer, this album in some way contributes to the experience and brings you into yet more of a Balearic state of mind!”

Superconducting the espíritu de Baleares around the world once again, ‘Roger Shah – Magic Island Vol. 5’ is out June 30h.