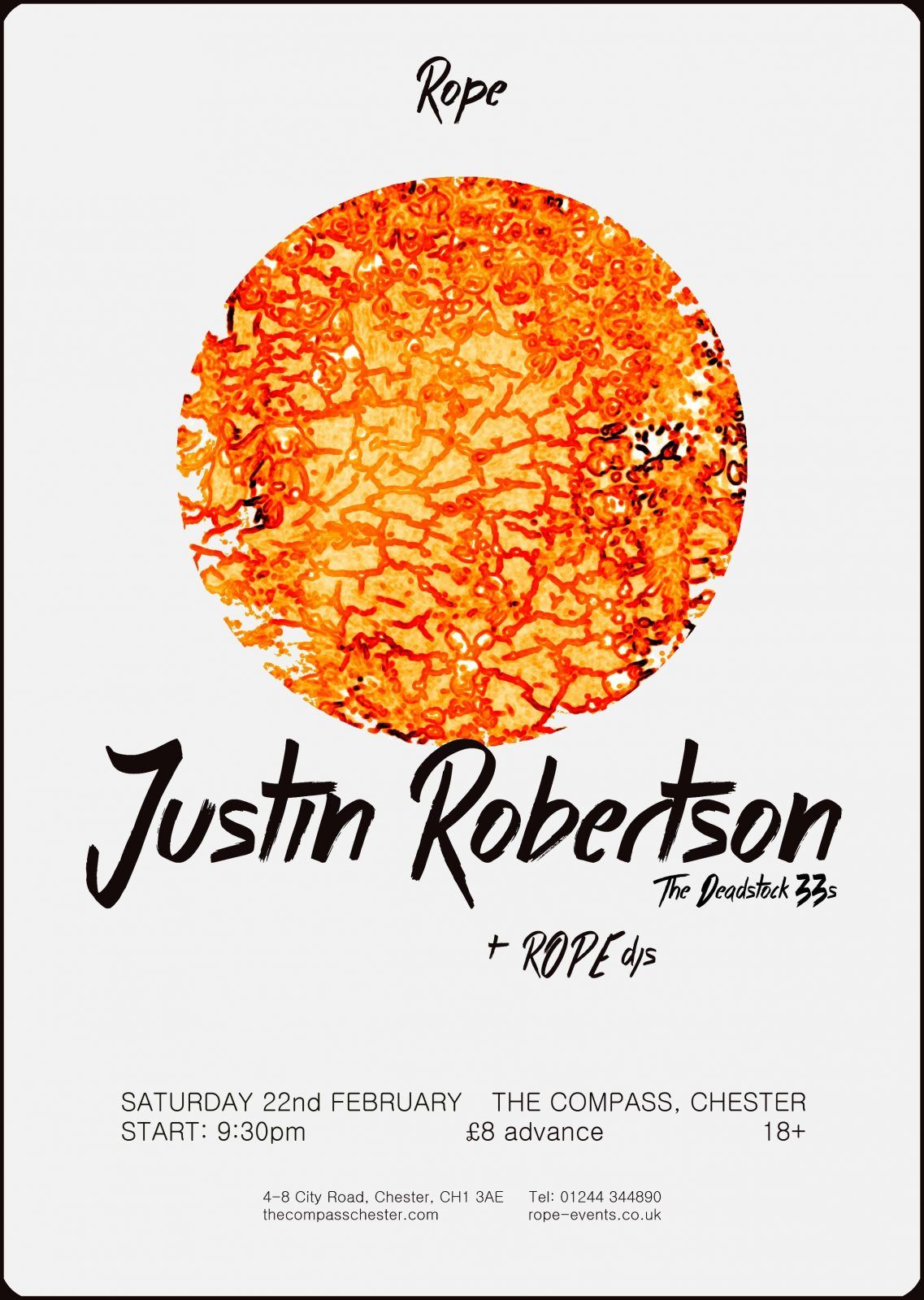 For the second Rope. Club. We are extremely excited to announce the special guest DJ will be non-other than the legend that is Justin Robertson

The term legend is often banded about far too easily, but in this case it is entirely accurate! Justin Robertson is a producer and dj, who brings with him a rich history as one of the creators of the Electronic Music scene, as well as a restless need to push forward and innovate, making him one of the most relevant dj’s around.

In the 90s Justin generally operated under various nom de stages, the most renowned being Lionrock with whom he scored several Top 40s hits – ‘Rudeboy Rock’ and ‘Packet Of Peace’ among them – and appeared on Top Of The Pops in a dashing purple suit opting for gramophones over Technics. Having released his own productions through Bugged Out, Robertson’s 2001 album ‘Justin Robertson Presents Revtone’ is considered a classic of house and disco of the time. Recent years have seen him remix everyone from Bjork to the 2 Bears and Justic to Mystery Jets, and having co-written an album with Gaz Dewar as Thee Earls, he is now producing as The Deadstock 33s, releasing material on Gomma, Bang Gang, Remute, Paper and Fatboy Slim’s Southern Fried label.

As a Dj Justin can play anything from psychedelic disco to a mix of techno and electronic house, with regular sets at Chibuku, Fabric and at Bugged Out! parties around the world, have seen Robertson continue to find new fans from every corner of dance music Link to the latest The Warehouse Project mix by Justin Robertson