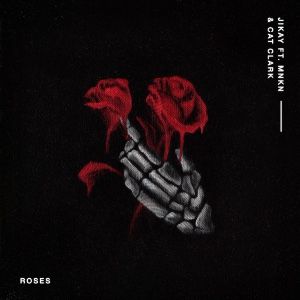 Hailing from the Nottingham, UK, up and coming producer, JiKay, has just unveiled his new stand-out single, “Roses.” The melodic yet heavy-hitting track is the perfect example of JiKay’s range in production skills while lyrically touching on issues of a modern day relationship. Kicking off with soulful lyrics from featured vocalist, Cat Clark, “Roses” takes you on a sonic journey that leads directly into an anthemic, 808 heavy drop.

Despite being a new face in the dance music scene, JiKay has already achieved quite a few major accolades including his remix of Keys N Krates “Dum Dee Dum” that has accumulated over 170 million plays on YouTube to date, and has been certified gold.

JiKay is also the founder of All Trap Music, a brand devoted to showcasing innovative new trap music via their YouTube channel, compilation albums and live events. After launching in July 2012, the channel grew rapidly by amassing millions of views from popular tracks from RL Grime, Flosstradamus, Baauer, UZ, Hucci, Stooki Sound and more. Currently the channel has over 1.4 million subscribers and is responsible for throwing parties and hosting festival stages worldwide.

A pioneer of the sound, JiKay continued experimenting and established Hot Damn – a label devoted to releasing a wider range of new electronic music. In 2016 JiKay opened the Hot Damn Studio in DTLA. As his discography and popularity grew, so did his touring schedule both in the UK and Europe jumping on a plane almost every weekend for shows in France, Germany, Austria, Croatia and beyond.