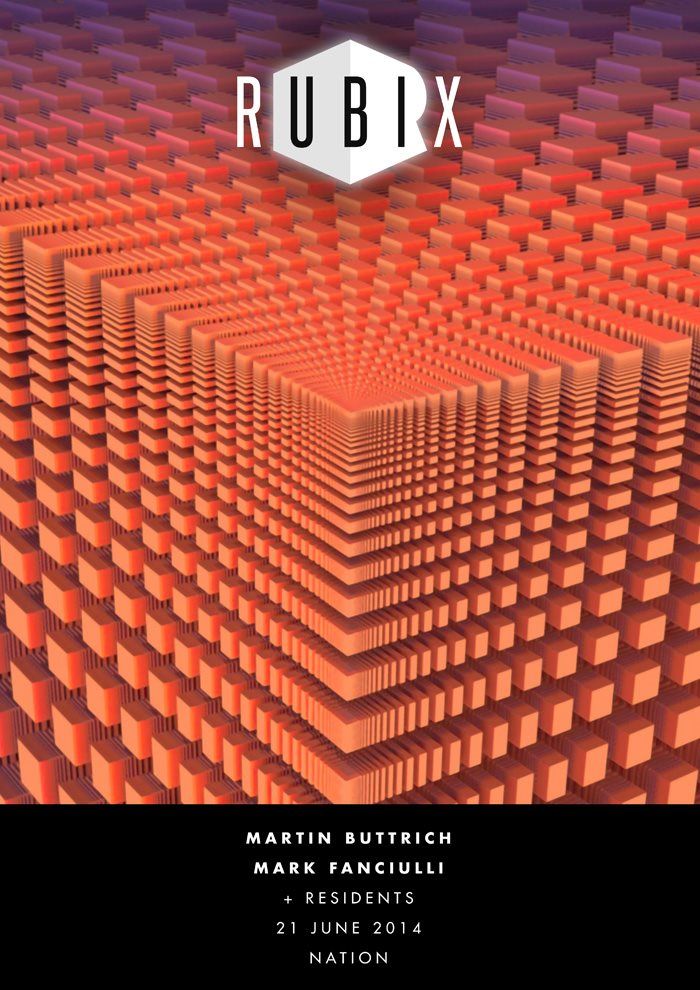 Rubix return after a storming Easter road block of a party at The Garage with Detroit stalwart Stacey Pullen. Relocating and launching at their new iconic home “Nation” taking the winning formula to a bigger venue for their new residency.

On Saturday 21st June, Rubix presents a blockbuster Summer party with none other than two popular DJ/Producers “Martin Buttrich” and “Mark Fanciulli”

Martin Buttrich is currently working on his second artist album and a jazz project called The Stoned Autopilot, with two remixes for Stacey Pullen’s ‘Any Which Way’ on Blackflag Recordings. His journey into electronic music began in Berlin and Hannover, from 18 he experimented with production under various guises. He’s received a grammy nomination for Tori Amos remix, and has released diverse music on Planet E, Four:Twenty, Cocoon, Poker Flat, Nervous and Desolat.

Rubix have been rocking The Garage since 2012 with guests such as Stacey Pullen, Technasia, Leon, Sebatien Leger and Shlomi Aber , but are thrilled to have Martin Buttrich, their biggest headliner to date, make time in his busy schedule to drop in and guest at the new venue.

Support comes in the shape of house music aficionado Mark Fanciuilli, one of modern electronic music’s most proficient artists. An innovative and forward thinking producer, whose creativity behind the decks imprint his name as a much desired DJ around the world. His signature of tough, energetic and groove heavy house has seen him clock up gigs at the world’s finest dance floors, June sees his return to Rubix after his Liverpool debut with them back in 2013.

Martin Buttrich will be headlining with support from Mark Fanciulli at the Rubix launch at Nation made famous by Cream on Saturday 21 June from 10 PM – 4 AM.

After party wristbands will be available at Nation at discounted prices of £5.
The Magnet: 3.00 am – 8.00 am