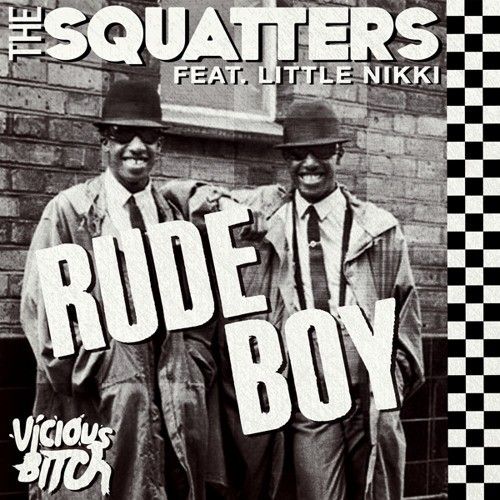 Two years in the making and with an entire summer for the taking, The Squatters have finally dropped their magnum opus – Rude Boy.  An irresistible culmination of their career so far that fuses the basslines, the melodies and the ‘je ne sais quoi’ that has made The Squatters one of the underground’s most revered acts.

Oozing poolside vibes from the off, Rude Boy is the very definition of house music; combining the very best low frequencies with an infectious melody and a killer vocal from DJ Fresh and S.K.T collaborator, Little Nikki, that you can guarantee you’ll be singing for days.  Tried, tested, tweaked and tried again in their sets over the last two years, Rude Boy has been honed to perfection to provide the ultimate party starter and the package has gained impressive support from the likes of The Magician, Rico Tubbs, The Other Tribe, Low Steppa, Kokiri, Oh Snap!!, Eton Messy, Atomic Hooligan, Tommy Trash, Dimitri Vegas, Lucky Date and plenty more.

A genius move in itself, bringing Little Nikki into the mix has allowed Rude Boy to sit in that crossover sweet spot between dance floor weapon and prime time earworm, whilst the accompanying Rektchordz, Vanilla Ace, Metro Club and Fawks remixes ensure that all musical palettes are catered for.

Coming fresh off the back of a huge remix for UK chart-raider, Vanilla Ace, The Squatters have been constantly refining their sound since Rude Boy’s inception two years ago; picking up supporters like AC Slater, Tough Love, Danny Howard, Low Steppa and Don Diablo along the way, it’s just a question of who else they will be adding to the list once Rude Boy finally makes an entrance.