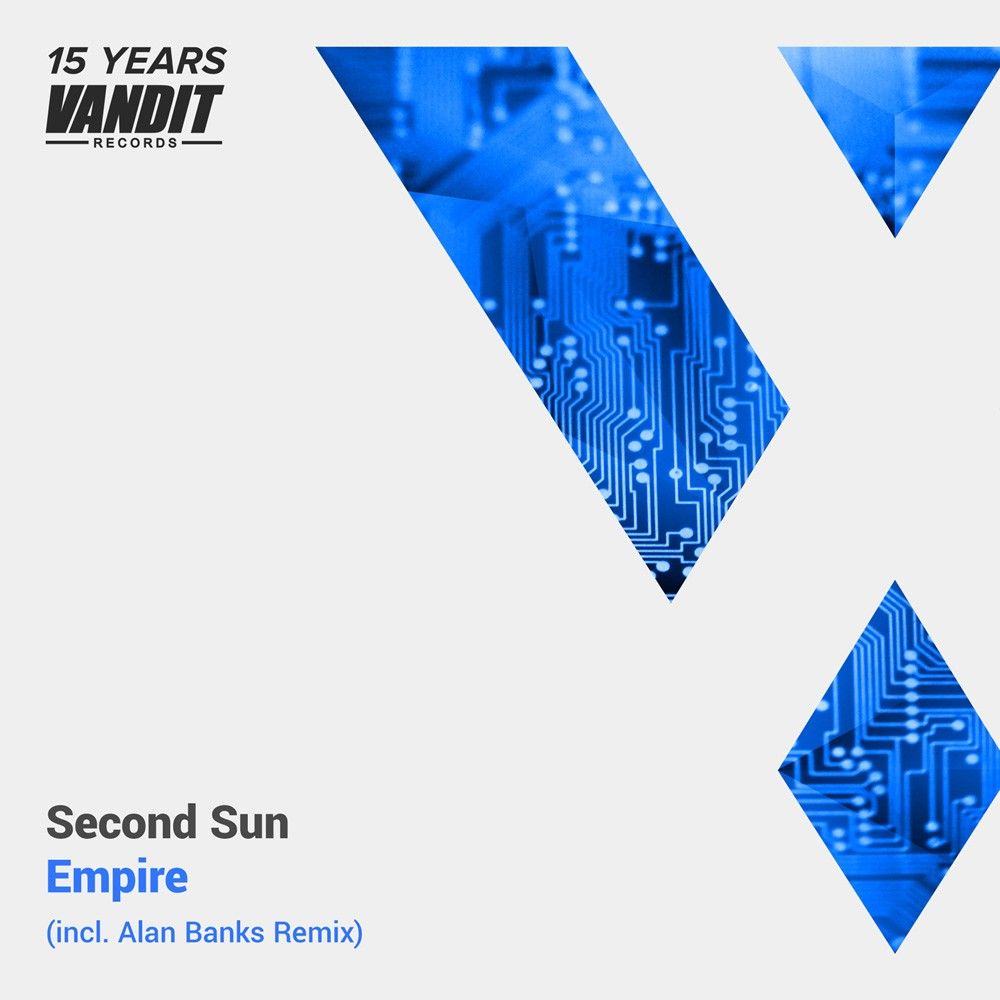 To commemorate the 15th year of Paul van Dyk’s hallmark record label, over 2015’s coming weeks and months VANDIT will be taking a fair few trips ‘back to the future’. In doing so, it’ll be presenting the Trance Family with fresh visitations & variations of the music that collectively made the stable the institution it is today.

Kicking off the run of rewires, the Berliners timewarp back to the heady days of 2001, and to Second Sun’s first standout outing for the label.

On its initial release, the mighty ‘Empire’ proved to be an instant catch, receiving sustained play from many a heavy-hitting DJ and becoming a classic in its own right. VANDIT’s new track package includes their Original, a re-mastered version from Paul van Dyk of his classic TPOD remix and a brand spanking new spin by ascribed Second Sun fan Alan Banks.

In the time of ‘Empire’, Second Sun were a trio of Canadian musicians, made up of Antoine Toupin, Adam Cavaluzi and Matthieu Cerf (now fact-fans considerably better known by his shortened first name!!).
In its Original form, the track is a stunning-to-this-day equalization of fluid trance energy, comprising of coursing riffs, beefy analogue FX and – in the drop – immersive, galactic melodics.

Back in 2001, Paul van Dyk’s fabled TPOD Remix projected the track onto club floors around the globe. With his trademark bass-line firmly, propellantly in place, in the hands of the master, it scorched speakers stacks here, there and pretty much everywhere.

Giving the track is XV reboot (and already on the receiving end of some staunch club & radio support from Armin van Buuren, Aly & Fila, Sean Tyas, Solarstone, Bryan Kearney and others!) is that man, Alan Banks. Over 8 minutes, the English producer revises and reimagines ‘Empire’s elements, with a mix that swings hard for the fence! With a production mainframe of ratcheting riff tension and elevating melodies, all brilliantly bound up in his 3D production, his mix lands far outside park!

Jumping the 15-year chasm between the ‘then’ and the ‘now’, ‘Empire’ is out today!