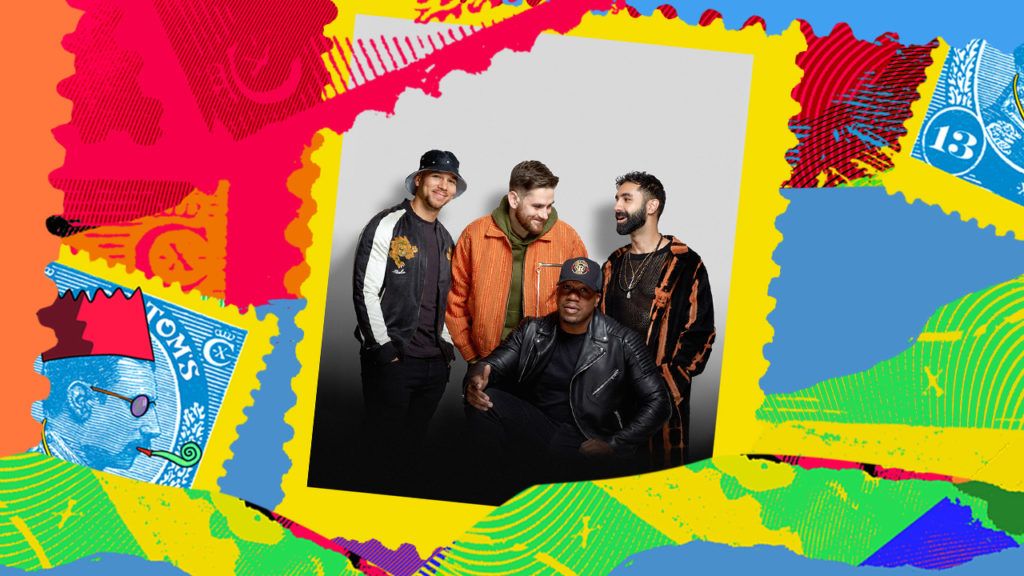 Global, platinum-selling collective Rudimental are making a welcome return to the world-famous Ibiza Rocks Hotel and this time they are bringing some of their closest friends and collaborators along as part of theirRudimental & Friends 9-week summer pool party residency, every Thursday from 5th July to 30th August.

There’s a sun-blissed backstory and a mutual love and respect between Ibiza Rocks and Rudiimental.  From Ibiza Rocks giving the boys their Ibiza break in 2012, DJ’ing alongside Disclosure and Zane Lowe, to their headline DJ set in 2013 following their massive hit ‘Feel the Love’ to headlining with their full epic live show in 2014 and 2015, Rudimental have come right up through the ranks at Ibiza Rocks and they are about to take things next level.

Rudimental & Friends will bring together huge talent week-on-week to join the genre-defying, multi-award winning group.  From handpicked album collaborators, to their major influencers, to the hottest new names they’re championing, every one means something special and every one will bring their own unique flavor to Rudimental & Friends.    From Rap, Grime and Garage to Reggae, Afrobeats and Dancehall to House and Drum n Bass to perfect Pop music, the mix of talent joining Rudimental encapsulates their diverse music tastes and huge international appeal.

First up to join the Rudimental & Friends journey is Reggae and Dancehall king David Rodigan and breakthrough sensation Octavian.  Radio 1Xtra DJ and tastemaker Charlie Sloth will showcase a special set alongside one of the most exciting new UK Rap artists around Not3s.  Next up is sensational singer-songwriter Anne Marie.  Having toured as a vocalist with the band for years and scoring hit single ‘Rockabye’ with Clean Bandit followed by the infectious “Ciaos Adios’ and current hit ‘Friends’, Anne Marie will be back as a pop sensation in her own right, reunited with her friends. Fellow Ibiza Rocks headliners and house music hitmakersGorgon City provided the soundtrack to last summer with their Duke Dumont collaboration ‘Real Life’ and the in-demand UK duo will bring all their huge hits and feel-good vibes back to Ibiza Rocks Hotel.

Hailed this month by GQ Magazine as “British music’s new king-in-waiting”, East London’s J Hus has carved out his own signature space with his sunshine Afrobeats style. Arguably the hottest property in UK music right now, the inspirational breakthrough star will join Rudimental in August, alongside exciting Grime outfit Young T & Bugsey.   With a career spanning over two decades Drum n Bass legend High Contrast will also join Rudimental in August before another one of the most exciting artists in UK music, Mist makes his mark. Also joining the line up is stunning vocalist James Arthur who features on Gold-selling single ‘Sun Comes Up’ which to date has sold over 540,000 in the UK alone and earned a global stream count of over 65 million!

Fans can expect a few special guests thrown into the mix before huge breakthrough pop sensation Raye represents the leading ladies on the scene for the final show of the summer.  The closing party will also welcome Africa’s hottest star Mr Eazi and trailblazers in the UK Garage scene, Heartless Crew.  A beautifully eclectic line up to end the summer in Rudimental’s unruled style.

Currently commanding the airwaves with massive hit “These Days’ from their hotly anticipated third studio album of the same name, and with this super hot new residency revealed, there’s every reason to celebrate with Rudimental & Friends this summer at Ibiza Rocks Hotel!

Rudimental said: “We're so hyped to be hosting our own pool party residency at Ibiza Rocks Hotel  this summer and showcasing some very special guests from our forthcoming album and Major Toms family! We’ve had so many good moments at Ibiza Rocks over the years and can’t wait to get back on the island for this insane run of parties”

**In addition, to celebrate the launch of the Major Toms Ibiza residency, Rudimental will be throwing a free party in London on 5th April at Omeara! Expect performances from Rudimental, plus a host of guests from across the season.

Tickets are free, simply sign up here for access – https://atlanti.cr/majortomslondon (all ticket holders will be notified of further details on Tuesday 3rd April) – Don’t miss this one!!***