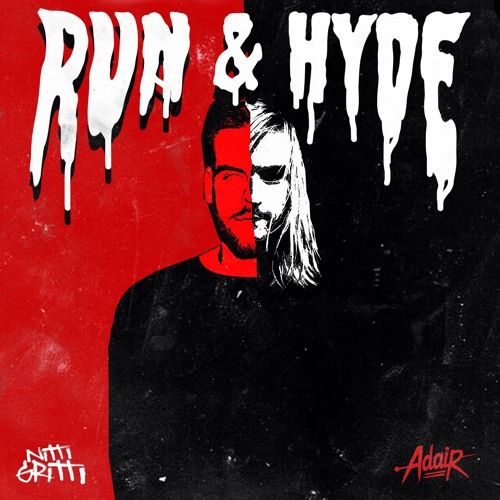 As bass music continues to reign as a prevailing genre in dance music, Nitti Gritti has continually been at the helm of the artists leading that charge. Now, the rising sensation is providing his burgeoning fan-base with ample time to get excited for Halloween season by teaming up with fellow bass enthusiast Adair for their haunting new collaboration, ‘Run & Hyde’.

In signature Nitti Gritti fashion, ‘Run & Hyde’ is a hard-hitting production that sees the multi-dimensional producer extend his creative prowess within the studio. Leading with a set of ominous chimes, the single finds itself in a dubstep haven as Nitti Gritti injects his forceful basslines and staggering synths. Beckoning the help of Adair on the latter half of the track, the second drop adds a polished yet heavy touch to an already colossal creation that primes itself for omnipresence during the fall season.

Nitti Gritti has accomplished something that artists strive to achieve throughout the entirety of their career in just an extremely brief period of time. From appearances at some of the planet's most iconic festivals like EDC Las Vegas, to spending time in the studio with music icons like Enrique Iglesias, it's no question why the Miami native has become one of the most sought-after producers in dance music. With a full arsenal of releases already locked in ahead of the upcoming weeks and a packed tour schedule including performances at Boo SF and EDC Orlando, Nitti Gritti is set to further his efforts of becoming a household dance music name.

Stay up to date with everything Nitti Gritti by following his socials for news about his upcoming releases, tour dates & more.