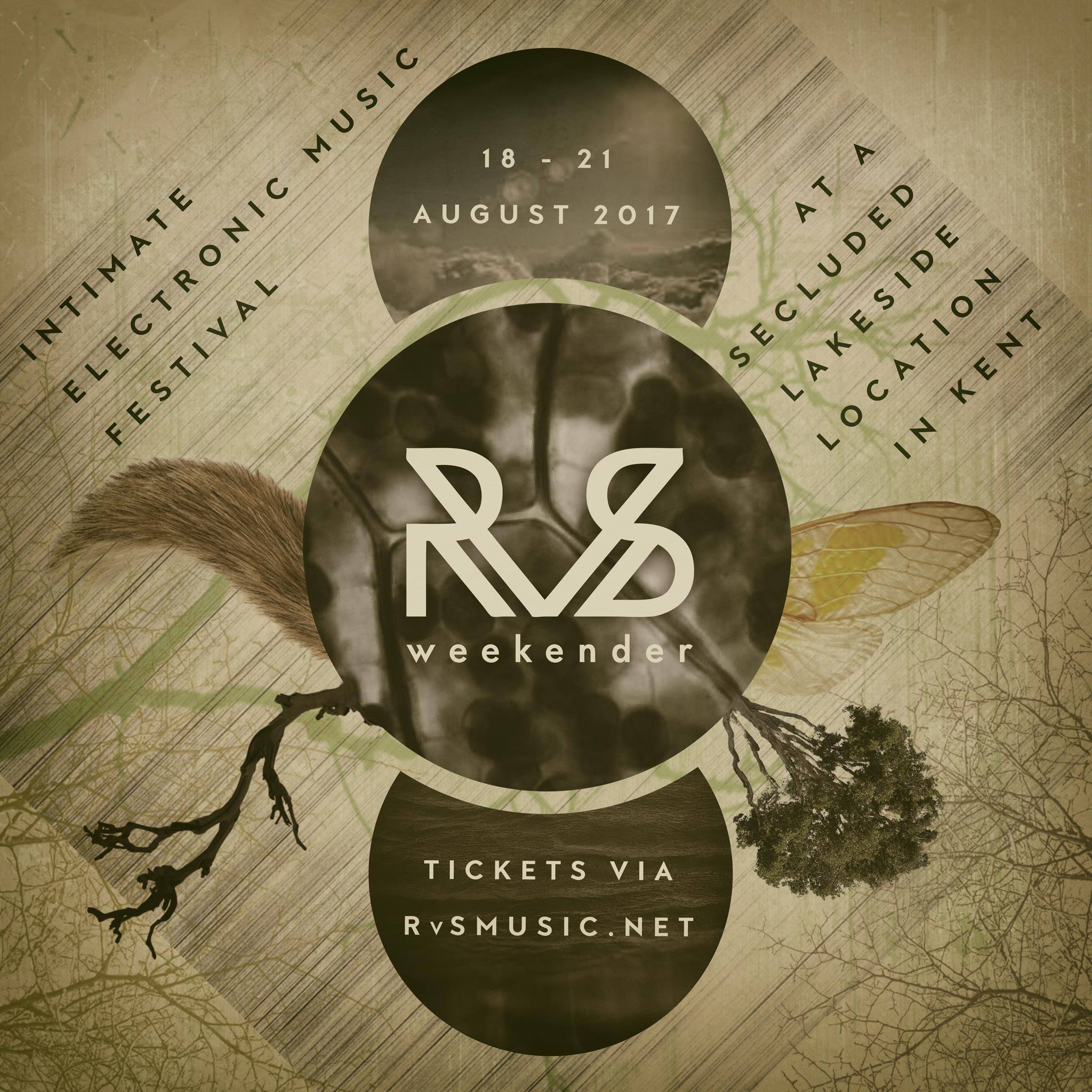 Taking place from 18 – 21 August at a stunning woodland location less than an hour from London in the Kent countryside, RvS Weekender celebrates it second year with another high-grade line-up of underground house and techno.

After some magical times at the first RvS Weekender in 2016, RvS Music returns to the same lakeside and woodland sanctuary to do it all over again. Less than an hour from London in Kent, the RvS Weekender is a boutique festival that emphasises the music over big names, and the quality of its crowd over the quantity.

The RvS Weekender 2017 features an underground line-up of some of the UK’s finest electronic artists, including Jerome Hill, Alex Arnout, Silverlining as well as many RvS regulars as well as some new additions.

State-of-the-art sound is a must for RvS, with stages spruced up with its trademark nature-themed décor. The RvS Weekender is a must for music-loving party people who value intimate gatherings, beautiful scenery and good times.

Early-bird tickets have already sold out, but second release tickets are now available for £40: a snip for three days of fantastic music and an unbeatable atmosphere.