Ryan Murgatroyd Enlists Cioz, Leeu and Andrea Ljekaj for Stunning ‘Is That You’ Remix EP Ryan Murgatroyd Enlists Cioz, Leeu and Andrea Ljekaj for Stunning ‘Is That You’ Remix EP

In September 2019, South African producer and Swoon Recordings boss Ryan Murgatroyd celebrated the second outing on his then-newly formed label, with the critically acclaimed release of Is That You.

An expansive and resplendent instrumental cut underpinned by ambient piano refrains, discordant arpeggios and chugging beats across its nine-minute duration, the record demonstrated both Ryan’s remarkable versatility as a producer and also his forward-thinking vision for what has since become one of the most exciting, up-and-coming labels in electronic music.

Now, almost nine months on, and with an impressive catalogue of diverse productions to his label’s bow, Murgatroyd flexes his A&R muscles once again with the announcement of an immense four-part package, complete with three new remixes from label newcomers – each of whom breathe fresh life into the exquisite cinematic original.

First up on remix duty is none other than Italian-born, Berlin-based producer Cioz who – following a host of successful productions on the likes of Get Physical, Einmusika and Superflu’s Monaberry over the past few years – makes his eagerly anticipated debut on Swoon Recordings with a mesmerising, melodic rendition and the most club-ready offering on the four-part package.

Next up, and continuing his mission to build and develop a catalogue that transcends the clichés of four-four music, Murgatroyd enlists fellow countryman Leeu to deliver his own unique, down-tempo interpretation, before drawing upon multi-award-winning Croatian producer Andrea Ljekaj to close out another remarkable EP on the burgeoning South African imprint.

Ryan Murgatroyd Is That You EP featuring remixes from Cioz, Leeu and Andrea Ljekaj is out now via Swoon Recordings. 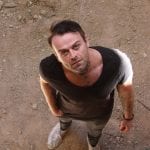