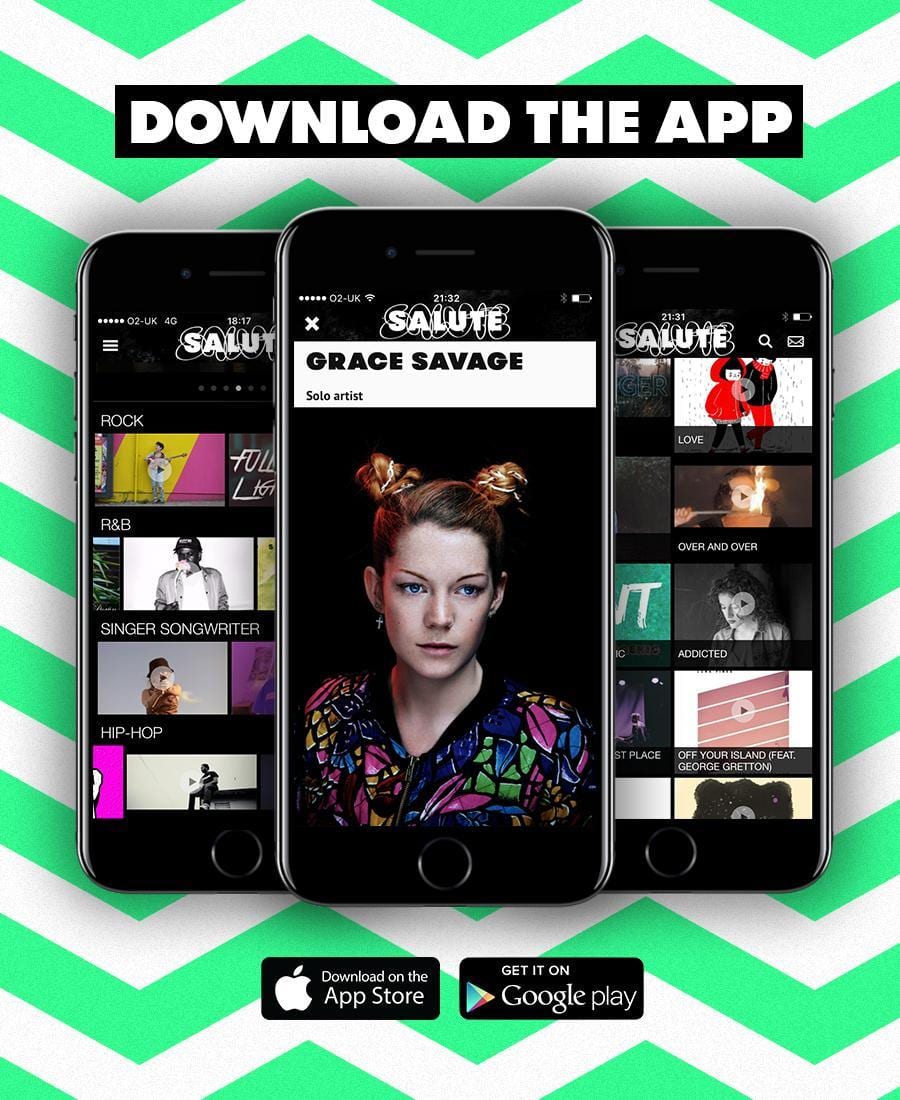 Having emerged back in March amongst a storm of media interest, the original and innovative new music talent platform, Salute Music Makers, have launched their ground-breaking app to accompany the competition and its aspiring songwriters. The recently released app brings songwriters and music lovers together, allowing them to listen, watch and like the entries to the competition, whilst sharing and building playlists at the same time.

Watch a video about the new app here:
https://www.youtube.com/watch?v=MGrXLbbaJgI

With its accessible social media style interface, the app showcases UK talent at its rawest and purest whilst supporting the best unsigned songwriters on offer at a grassroots level. The result is a rich mix of music infused with culture, with no genre boundaries: everything from opera through to techno, via heavy metal and pop.

Embracing the link between new music and technology, Salute has enabled people from all over the country to enter this revolutionary competition regardless of where they live. Entrants range from as far south as the Channel Islands and as far north as the remote Shetland Islands, and within this spectrum, there is a total of 50 different nationalities (all UK residents) that have entered the competition, further highlighting Salute’s longstanding pillar ofdiversity and inclusivity, irrespective of background or genre.

Spearheaded by the legendary former front-man of The Undertones, Feargal Sharkey, Salute are proud to be providing a platform for the up-and-coming songwriters of the UK and now that entry for the competition has closed, the Salute team of curators including Ras Kwame, Jonathan Quarmby, Simon Perry (ReverbNation), Fiona Bevan, Dee Adam and Kwame Kwaten will be evaluating and judging the entries of 1049 Music Makers, from over 2500 who initially entered, with the aim of narrowing this down to a top 100 through the curation process. However, the team have the task of judging 2041 videosuploaded by all entrants.

– 86% of these are aged between 16 and 34, proving there is an emerging generation of ambitious songwriters in the UK
– Around 31% of entrants account for the urban genres including hip-hop, R&B, Grime and DnB, whilst pop has picked up 18%, singer-songwriter 16%and rock 12%
– Only 24% of entrants were female
– 76% of applicants were solo artists rather than groups or bands

Feargal Sharkey was keen to comment on the progression of the competition: ‘For our judges, the hard work has begun. How on earth do you choose between such a diverse and fantastic pool of talent; just who will make the top 100? What our entries have shown is just what a creative bunch the British really are. Once more they have demonstrated why Britain leads the way in world music. Download the app now and get ready to vote when we announce the top 100 in the next phase of the competition!’

Entrants to the Salute Music Makers competition stand the chance of winning £50,000 in cash, while the other five shortlisted finalists will each receive a £10,000 cash prize, no strings attached.The Salute competition reflects the dramatic changes in the way new music is written, recorded and shared. Recent advancements in music technology enable music makers to create music almost anytime, anywhere and the quality of organic, original music emerging from home studios has never been higher and is constantly evolving. Now is the perfect time to provide a platform for this talent by launching a competition that salutes the DIY generation of music makers.