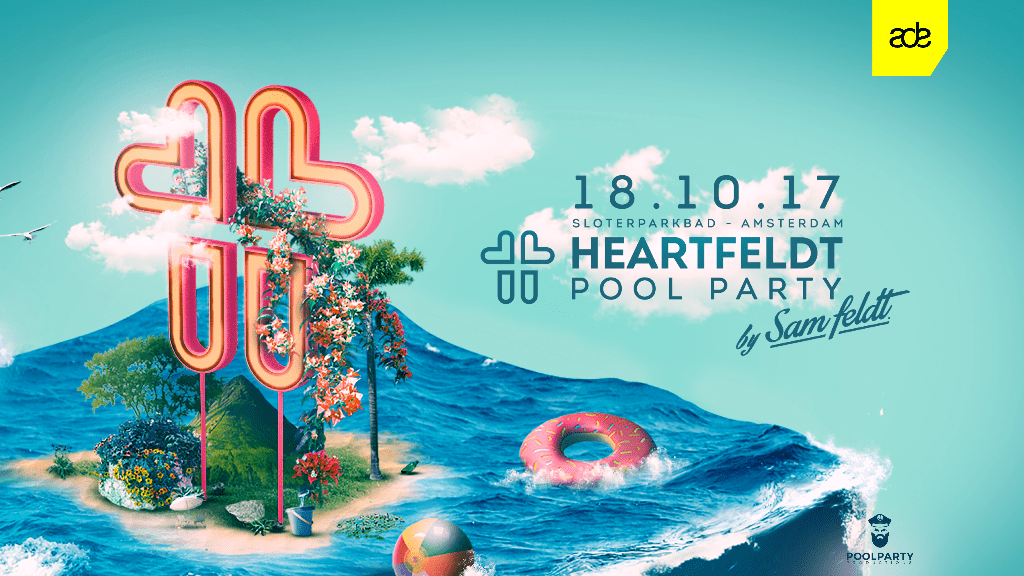 The eagerly-awaited event will see the ‘Fade Away’ hitmaker serve up another fun-filled evening of his phenomenal pool party series, which has so far taken the dance music calendar by storm, with sell-out shows at Miami Music week (MMW) back in March, and previous ADE events in 2015 and 2016.

With the likes of Lost Frequencies, Kungs, Lucas & Steve, (and a very special guest appearance from Armin van Buuren) joining Sam at his last ADE pool party in 2016, this year’s edition of the ‘Heartfeldt Pool Party by Sam Feldt’ looks set to be the most impressive so far, with another huge lineup set to join the Dutch producer.

Having already gained a Beatport #1 with his tropical rework of Robin S’ ‘Show Me Love’ which amassed over 200 million combined streams and sold over 1 million singles, Sam Feldt has become one of the most in-demand names in dance music.

His latest single ‘Fade Away’ (feat. INNA) with Lush & Simon, has already been streamed over 6 million times and looks destined for similar success, with the official video garnering over 3 million views within one week of release.

Currently in the midst of a hectic summer schedule which includes performances at Tomorrowland, Creamfields, and various Ibiza dates, including Pacha, and Ushuaia, Sam spoke of his excitement ahead of the pool party at the five-day electronic music conference, stating, “I can't believe we're getting ready for the third edition of the Heartfeldt Pool Party! After the sold-out editions in Amsterdam during ADE last year and in Miami during Miami Music Week, this edition will be bigger and better! And most importantly… with loads of inflatable unicorns!”

With Sam’s previous ADE pool-party selling out in just 9 hours, the 2017 ‘Heartfeldt Pool Party by Sam Feldt’ is set to follow suit and is sure to be one of the most in-demand and fun-filled events of the ADEschedule. The first release of tickets for the event will go live at 4pm CEST today for all those ‘Heartfeldters’ signed up to Sam’s engagement portal – Heartfeldt.me, with general release taking place on Thursday 27th July.