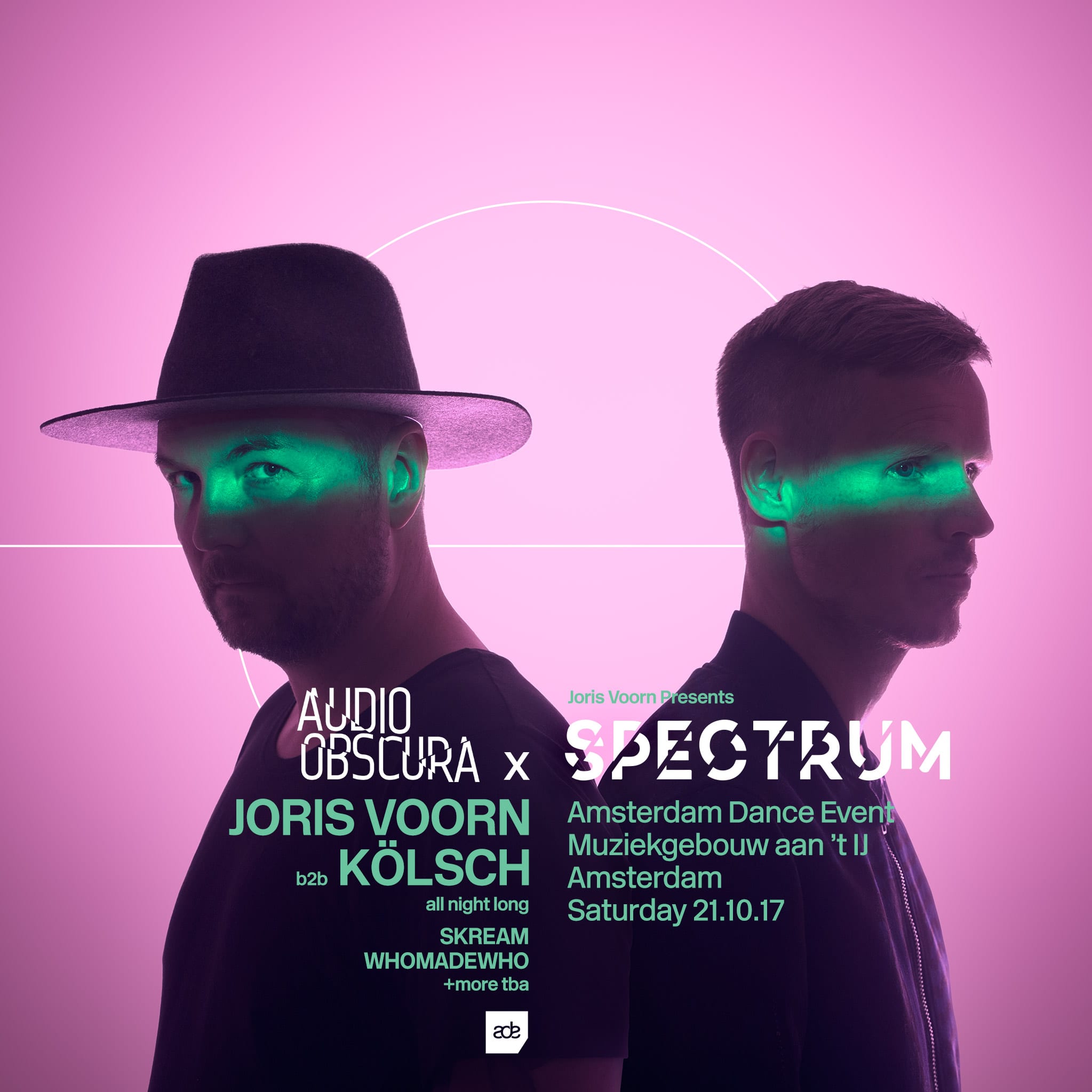 After launching his new Spectrum concept in his hometown of Amsterdam back in January of this year, Joris Voorn now announces he will be bringing the acclaimed club night back to the city as part of Amsterdam Dance Event 2017, together with promotor Audio Obscura.

Having developed a formidable partnership following spectacular shows at the Concertgebouw in 2015 and 2016, Audio Obscura & Joris Voorn partner up once again to deliver a mammoth Spectrum event in 2017 at the riverside Muziekgebouw venue. Joris will be performing an all night long back-to-back set with the amazing Kölsch, as the duo delve deeper into their record boxes to present an eclectic set defined by the ethos that Spectrum has been setting out all year long. Official Spectrum photographer Jos Kottmann will be there capturing his unique pictures as always, and with Skream, WhoMadeWho and further big names yet to be announced across the other arenas, it promises to be an unmissable night.

This will be the eighth Spectrum event following previous sold out parties in Amsterdam, London, Paris, Manchester, Miami, Barcelona and at Awakenings Festival. With Spectrum Radio also going from strength to strength, Joris’ new brand is building rapidly. His recent shows at Hï Ibiza, A Summer Story and Parklife have all been met with huge reactions, and he now continues with his hectic summer touring schedule.