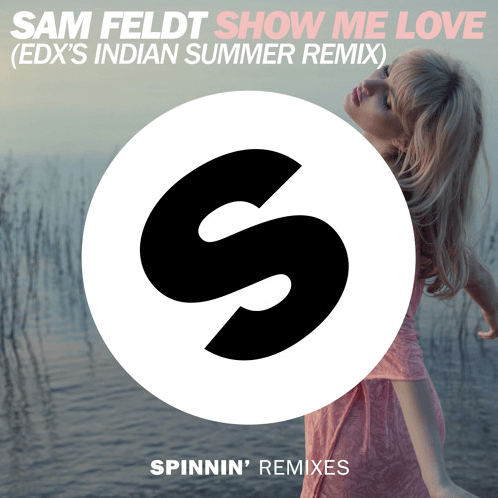 Having already secured a Beatport number 1 in the deep house chart for his remix of Nora En Pure and Sons of Maria’s ‘Uruguay’, as well as a debut release via Ministry of Sound’s Hed Kandi Records for ‘Want You’, Swiss producer EDX is back to present a remix of Sam Feldt’s ‘Show Me Love’.

Scheduled for release on 1st June via Spinnin’ Records and premiered on BBC Radio 1 by DJ Danny Howard, EDX’s signature nu-disco sound is a perfect match for Feldt’s unique remake of the 90’s house classic. By layering a melodic bassline and uplifting synth-hooks over the records delicate vocals, EDX perfectly encapsulates the romantic soul of the original and thus delivers an infectious summer anthem in his remix.

Through constantly sourcing out fresh new club music via his weekly ‘No Xcuses’ podcast, as well as a demanding tour schedule that recently saw him embark on an extensive US tour and subsequent dates in South Africa and Indonesia, EDX is a producer with his ear firmly to the ground. Also a member of Swiss collective Helvetic Nerds – alongside the likes of Chris Reece, Croatia Squad, Daniel Portman and Nora En Pure – and behind a wide-ranging set of remixes that count Avicii and Beyonce as part of his discography, EDX’s long-standing dedication to the scene shows no signs of slowing down.