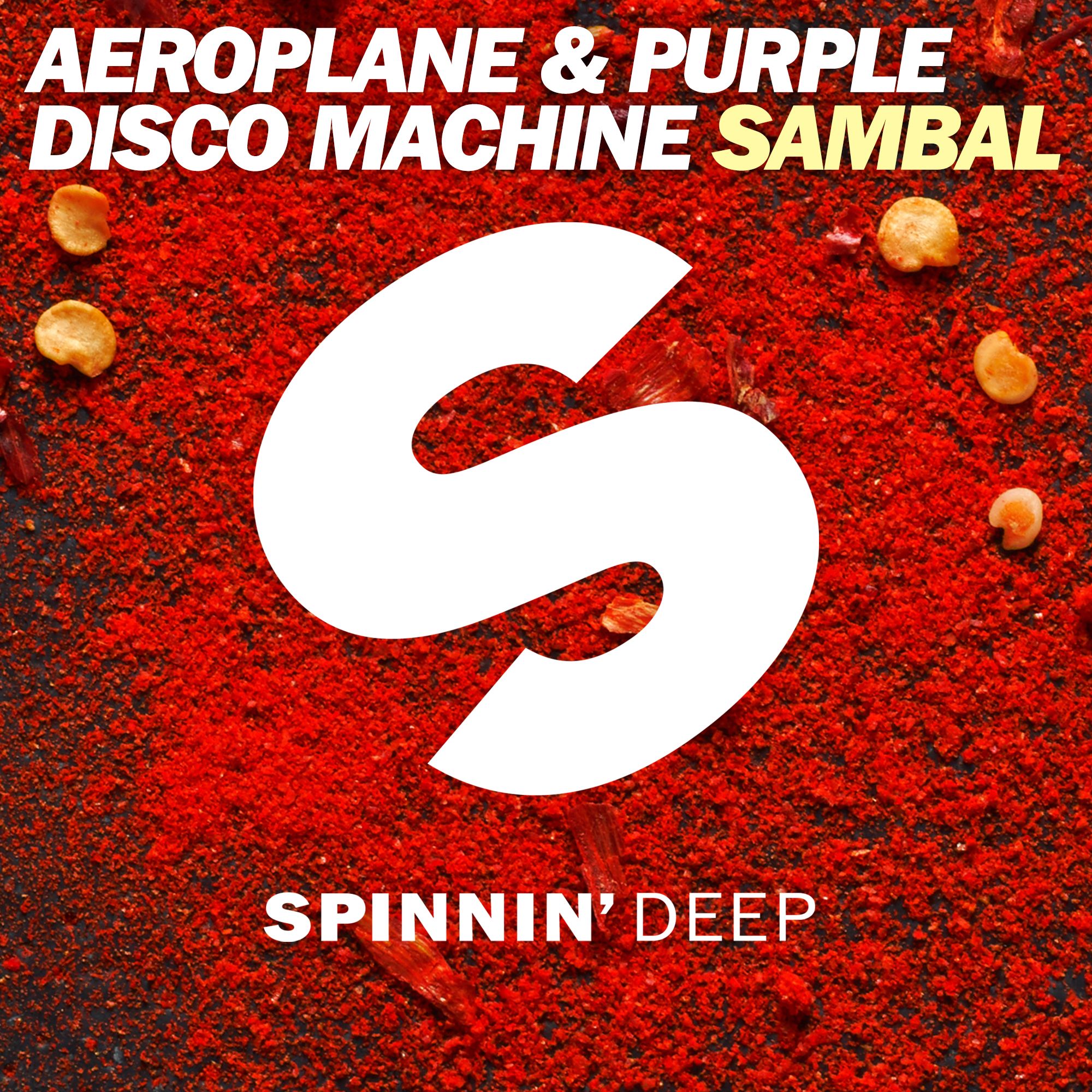 Two of currently most renowned producers Aeroplane and Purple Disco Machine have teamed up for an amazing release, aptly titled 'Sambal'. Pun intended, but with the support of an impressive line of DJs, this track can actually be considered to be hot! And it's out now through Spinnin' Deep.

It's a sweet collab that's been set up here. Belgian DJ/producer Vito DeLuca, aka Aeroplane, has been on the move for some years now, dropping his high praised nu-disco sound, firstly culminating in critically acclaimed 2010 album 'We Can't Fly', followed by a tour-de-force of club and festival gigs, presenting his unique take on nowadays nu-disco and balearic house. Meanwhile, his tracks and remixes caused a same stir, recently highlighted with his collab with Alex Metric under the name Metroplane.

German DJ/producer Purple Disco Machine on his turn has also been making waves for a while, releasing some serious club hits since 2011 under the moniker of his much in demand 'deep funk' sound. In practice this means the dance floor gets a solid dose of nu-disco, funk, house and deep house, which landed PDM loads of milestone gigs, including a residency at well known clubnight Glitterbox.

'Sambal'
Now, the guys have teamed up for this instant-anthem 'Sambal', a stunning piece of deep house with captivating steeldrum melody line. It's a classic at first hear, and comes with the support of many DJs who've been playing this tune to bits recently, including guys like Tensnake, Claptone, MK, Dimitri From Paris, Richy Ahmed, Bob Sinclar, Claude Von Stroke, Dennis Ferrer, EDX, Sam Feldt, Michael Calfan, Robin Schulz, Lost Frequencies and many more.

Purple Disco Machine quote: "Vito and I had been admirers of each others music for a while and it was great when our managers hooked us up to make a collaboration together this year. Vito came to my studio in Dresden in the cold German spring and we thought about a sun soaked Balearic anthem for the coming summer!"