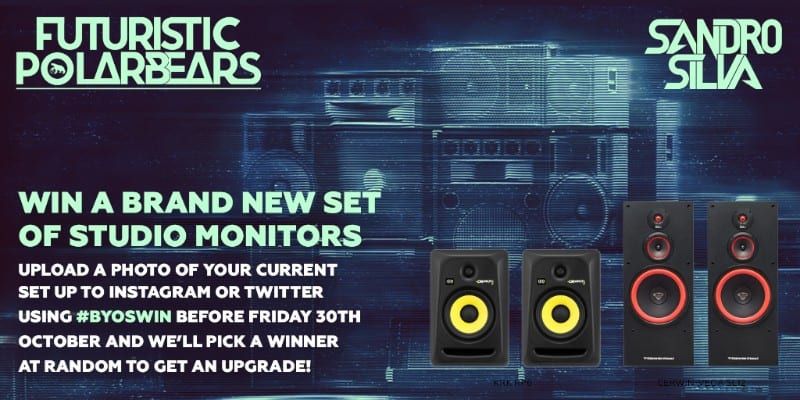 To celebrate the release of their massive collaboration ‘BYOS (Bring Your Own Speaker)’ on Armada Music, Futuristic Polar Bears and Sandro Silva have joined forces again to run a very special competition for their fans across the globe! Giving away one set of KRK RP6 monitors, and one set of Cerwin-Vega SL12 monitors, this competition is one you do not want to miss out on!

For your chance to win, upload a photo of your current set up to Instagram or Twitter using the hashtag #BYOSWIN before Friday 30th October, and the Bears and Sandro Silva will select a winner at random!

Still making massive waves since its release, ‘BYOS’ has made a home for itself in the Beatport Electro House Top 100, and has already received strong support from some of the biggest names in the game such as Martin Garrix, Nicky Romero, Hardwell and many many more. With just a few days until the winner is announced, it is time to get hashtagging – #BYOSWIN!