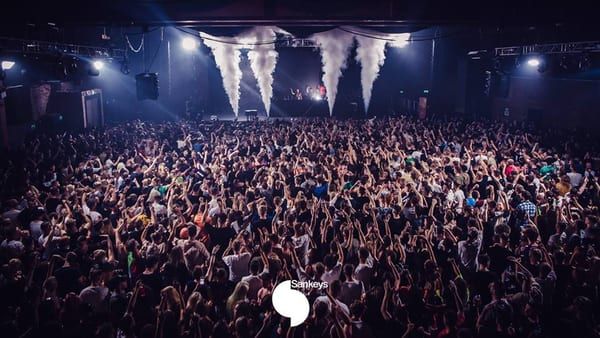 To celebrate their 25th anniversary, clubbing institution Sankeys are hosting a run of major events across the UK in 2019, with the line-ups for the first run of parties now confirmed including a five stage festival in Manchester this July.

The Sankeys 25th anniversary tour kicks off in London at Studio 338, with two huge headliners in Steve Lawler – who will be playing a special extended set – and Bontan: two Sankeys favourites and the perfect way to set the tone for an extraordinary run of events.

Full line-ups for each event are included below, and include sets from Latmun, Amine Edge and DANCE, Mason Maynard, Darius Syrossian, East End Dubs, GW Harrison and many more.

The first half of the tour concludes with the huge Sankeys 25th Anniversary festival in Manchester. Taking place on Saturday 13 July at a never-before-used venue, the festival will span five stages – Sankeys By Day (Outdoor Arena), Sankeys By Night (Indoor Arena), Unusual Suspects, The Redlight and Dance 88/89 – and see sets from an array of AAA DJ talent including Hector Couto, Cassy, tiNI, Sam Divine and Sidney Charles.

For the last 25 years, Sankeys has helped shaped the electronic music scene with its forward-thinking music policy and singular events, both in the UK and across the world.  Starting life as Sankeys Soap in the rave heyday of 1994, over the next decade and more the Manchester venue hosted the world’s biggest house and techno artists, helping to shape the clubbing landscape of the UK.

After a major refurbishment the iconic venue was reborn in 2006 where it remained a clubbing institution until its closure in 2017. Such as the passion for the brand however that the party went on, and after spells in Ibiza, the US and at new venues such as London’s Studio 338, Sankeys remains a byword for quality electronic music and mind-blowing parties in 2019.

The anniversary tour is a fitting way for this revered brand to celebrate two and a half decades and the forefront of the electronic music scene, and with more events to be announced for the second half of the year, 2019 will surely prove to be the year of Sankeys.

Tickets to all Sankeys 25th Anniversary tour dates are available now from: http://www.sankeys25.com