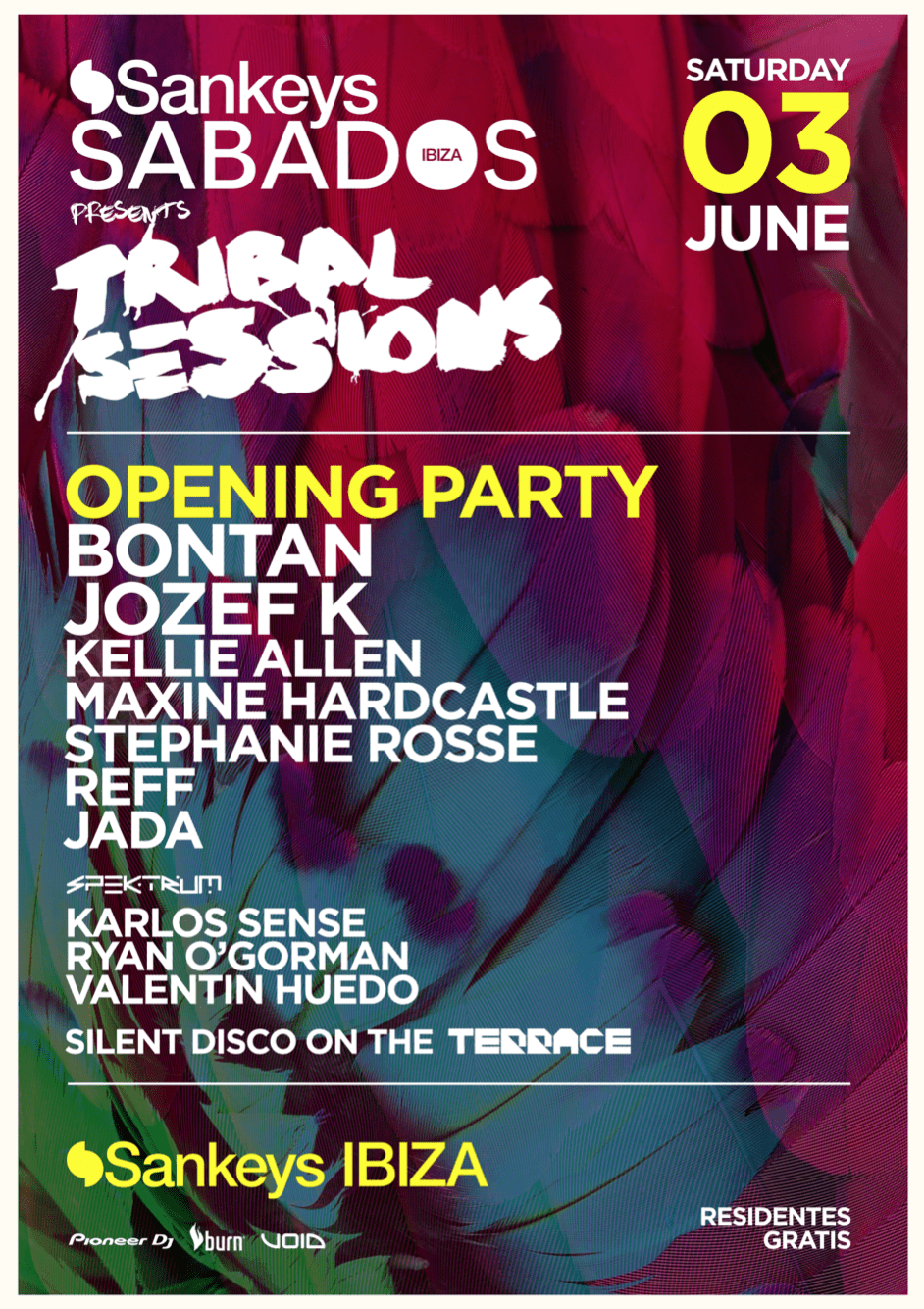 Immerse yourself in the tribal techno stuff every Saturday at Sankeys Ibiza.

For season 2017 Sankeys Sábados returns to present Tribal Sessions every Saturday from 3 June through to the closing on 30 September.

Throughout the Basement, Spektrum and Terrace you'll find intoxicating infusions of house and techno, and in among the line-ups you have a series of takeovers from Overart, Bright, Knostra Music and Music For Freaks. Kicking off with the opening on 3 June, we have British selector Bontan, who's become an Ibiza regular in recent years with gigs at Amnesia, Vista Club, and Sankeys. Also in the Basement you have Sankeys resident and Ibiza Global Radio host Kellie Allen, Madrid-born Ibiza resident Stephanie Rosse and Sankeys selector Jozef K.Deep techno producer JADA is joined by seasoned Balearic tastemaker ReFF in the Terrace. Over in Spektrum you have Ibiza Sonica Radio presenter Karlos Sense, Irish selector Ryan O Gorman, and WooMoon Ibiza producer Valentin Huedo. The Basement crew will be appearing regularly throughout the season, alongside Hector Moralez, Tommy Vercetti, Anika Kunst and Isbel & Jon who'll both be packing in the music across the weeks.

The first of the takeovers is from French DJ Stephane Ghenacia on 17 June, and in to bolster Bright'sreputation are Losoul and Cyril Claudel in the Basement, while over in Spektrum you have Music For Freaksrolling the dice. Three more Bright showdowns are billed, with guests DJ Bali, Mezzanine, Tommy Vercetti, Francesca Del Garda and Le Loup, with special guests yet to be announced for the final instalment on 9 September. Next up is Overart on 24 June with techno pusher Anika Kunst, duo Isbel & Jon, Berlin producer Simo Lorenz and the elusive Black Wheel. And over in Spektrum you have a label takeover from Knostra Music.

And its free for residents!