Don Diablo - Save A Little Love 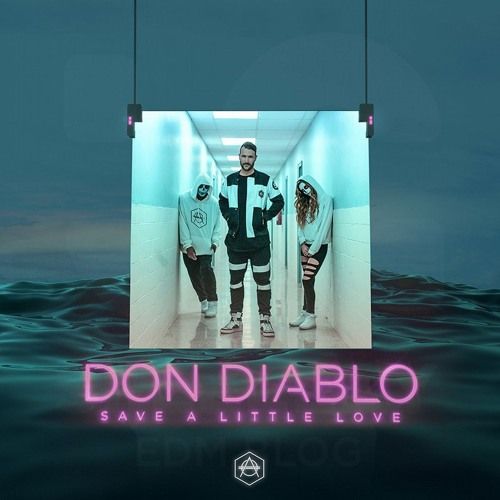 Don Diablo - Save A Little Love

Don Diablo has been working hard recently. He’s notched up a career highlight with his BBC Radio 1 Essential Mix, remixed The Chainsmokers & Coldplay, Rihanna and DJ Snake & Justin Bieber, and been booked for a selection of the biggest festivals the summer can throw at us; including Tomorrowland, Lollapolooza, Ultra, South West Four, V Festival and Creamfields. Never one to rest, now Don Diablo is following up his recent single Children of a Miracle with a brand-new banger, Save A Little Love released via his own HEXAGON label.

“I premiered Save A Little Love on the main stage at ULTRA Miami and have been getting questions about it ever since. The song features vocals from the talented Swedish singer / songwriter duo Smith & Thell. I wanted to make a feel-good song with a positive message that will put smiles on people’s faces, while incorporating my trademark production style.” – DON DIABLO

Don also tips us to watch out for the Save A Little Love video where he has a reunion with the crew from the Cutting Shapes video who helped him craft an incredible visual that’s been watched over 23 million times on YouTube and led to hundreds (possibly thousands!) of fan tributes. Returning to Washington, the new video, produced by Don himself, is a continuation of the Cutting Shapes theme and is set to keep his loyal HEXAGONIAN fans happy.

Save A Little Love comes off the back of Don Diablo’s recent single Children Of A Miracle which was heavily supported by Danny Howard and BBC Radio 1’s Dance Anthems and has racked up over 15 million streams already. This follows a string of successes for Don Diablo, including his DJ Mag Top 100 placement at #15 (up from #30 in the previous year’s vote) and a run of sold out headline shows across the UK, US and EU.