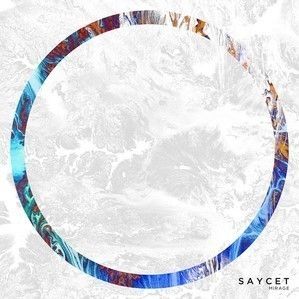 Saycet is a name that’s been on an increasing number of lips over the last few years, like a secret too precious to keep to oneself. Withjust a few releases to his name, the project by Parisian producer Pierre Lefeuvre has elegantly evolved in a resolutely modern fashion, attracting attention more or less everywhere around the world from people who like their music electronic and heavy with organic emotion.

Using electronic music as his original inspiration, and influenced by the hypnotising, minimal sounds of both Germany and Iceland, Saycet has matured his sound thanksto intensive touring of Europe, Russia and Asia, gaining international fans at everystop.

His new (third) album, due for release in March 2015, was nourished by this experience of travelling and playing live over the past few years. More directly, the new Saycet has taken inspiration from images and forms (a certain interest fordesign, architecture, and visits to Le Corbusier’s ‘Cité radieuse’), widening his styleto include pop and radiant sonic mirages in which one can get deeply, deeply lost. The aim is no longer to choose between black and white and spirals of colours, butto stimulate emotion and take you on a journey, without or without a return ticket.

He has worked in close collaboration with singer & lyricist Phoene Somsavath on several songs from his upcoming album, adding a complementary dimension to his craft. On stage, Pierre is accompanied by Louise Roam (vocals, violin, keyboards) and Zita Cochet (stage design, video projection)