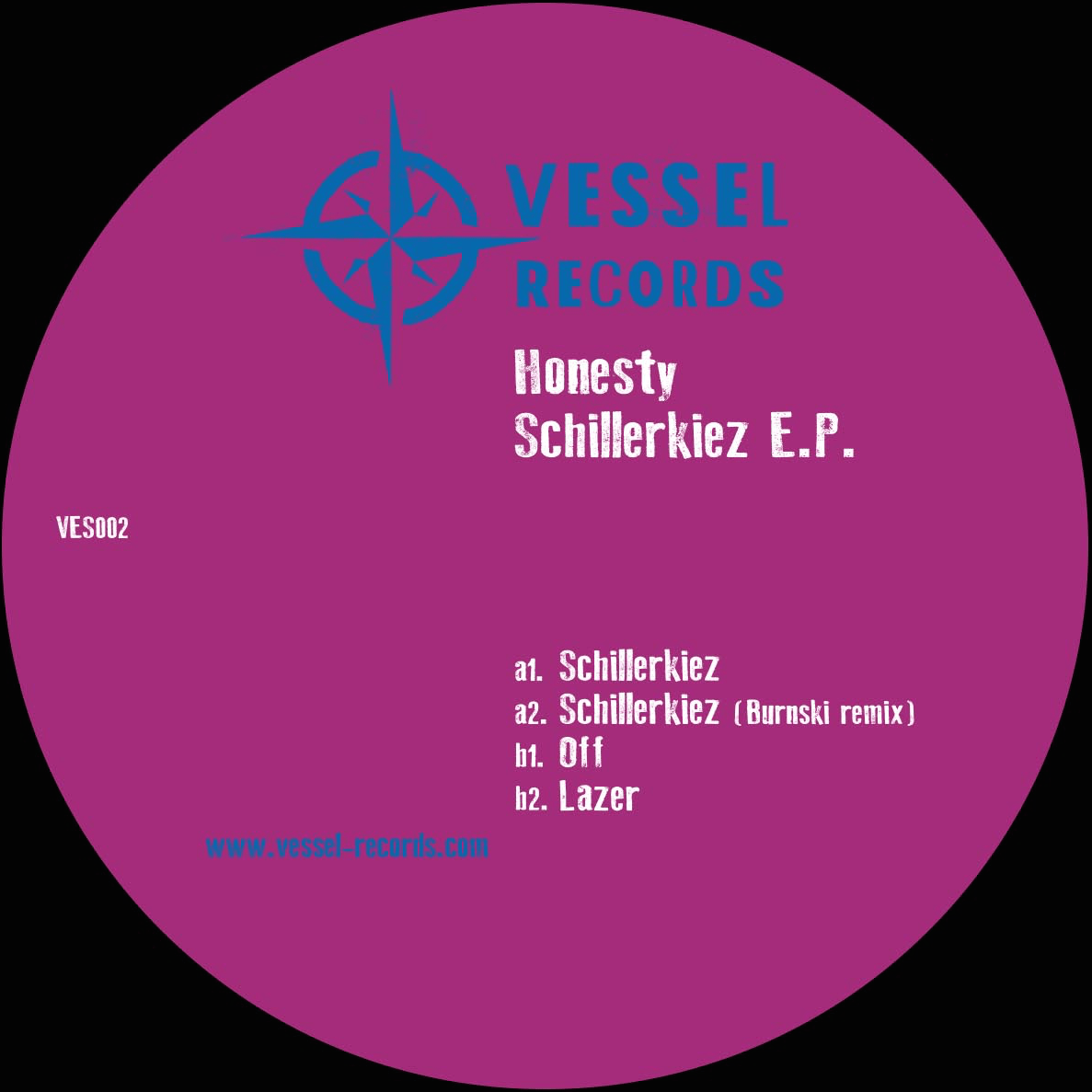 Hailing from Cologne, Hans Schaaf first release as Honesty was in 1995 via Space Teddy Recordings. Since then Schaaf moved to Berlin, performing as part of an improv-jazz band named Gelee Royale, as well as focusing on producing club music under various monikers. Schaff’s best-known pseudonyms, such as Honesty, Honeydrop and a duo named Slope alongside Cabinet founder Daniel Paul, have collectively released on the likes of Room With A View, Cabinet and Sonar Kollektiv.

Scenic samples inaugurate ‘Schillerkiez’, making way for an infectious synth hook and rippling bassline as subtle nuances come and go. ‘Off’ is a dubby and introspective production geared for the afterhours, whereas ‘Lazer’ is a low-end heavy roller featuring intricate percussion and elements of acid. UK’s Burnski, who’s released on Mobilee, Constant Sound and Holid Trax this year, then provides a mesmerising remix of ‘Schillerkiez’ with a low-slung groove and added vocal.