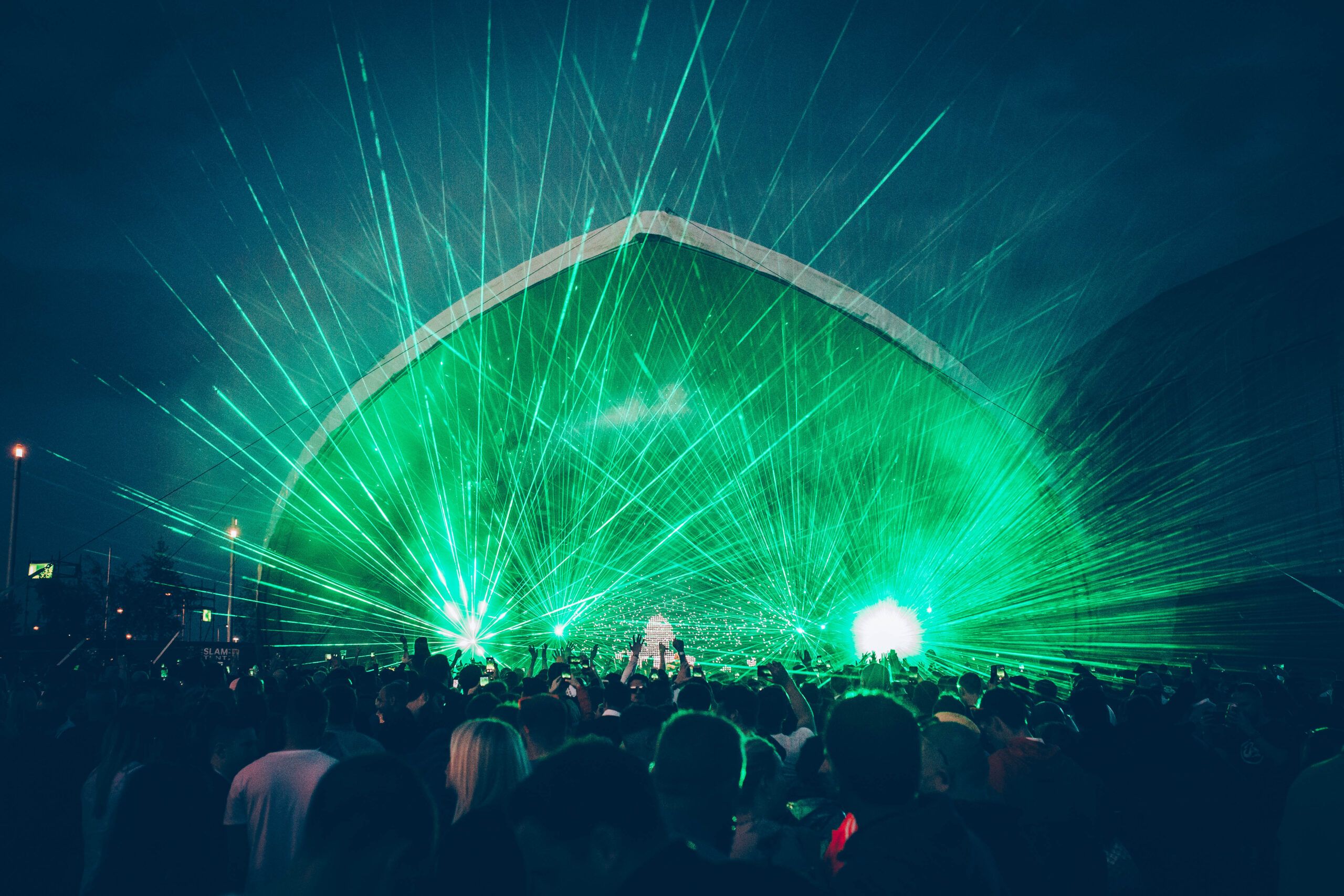 Scotland praised iconic legend Fatboy Slim on the banks of the Rivers Clyde on the closing night of The Electric Frog & Pressure Riverside Festival in style. As the sun turned the Glasgow sky shades of pink, across the festival site Kerri Chandler delivered a set that’s sure to go down in the festival’s history books.

The closing day saw over eight hours of well-crafted DJ sets, a sell out crowd of 6,000 fans and a festival first when a dedicated fan chose the event to propose to his childhood sweetheart onboard the Tall Ship on the banks of the River Clyde.

East Kilbride’s Jonny Welsh (24) asked long-term girlfriend Maxine Allan (25) of ten years to take his hand in marriage as to which she said yes Dixon Avenue Basement Jams played a sublime set of dance floor house and techno tunes in the background.

After a scorching opening day of the fourth-consecutive year for the festival, Glasgow’s The Electric Frog & Pressure brought their epic collaboration to a euphoric close thanks to spine-tingling sets from the likes of Dimitri From Paris and Jackmaster.

One fan from Edinburgh expressed their excitement during the Fatboy Slim headline set as: “special” and “memories with my friends I will never forget.”

Speaking about the event, festival organiser Dave Clarke said: “We were delighted to return for our fourth consecutive year on the grounds of the Riverside Museum and even more so that we could bring such big names to a city music festival.

This year’s event has been special to us for so many reasons. Not only have SOMA Records kicked off their 25th Anniversary at the Riverside, we’ve seen a line-up unrivalled in Scotland.

“Year on year we have put tireless efforts into improving the event. Behind the scenes, the team working at the festival have worked relentlessly to deliver a premier event that Scotland can be proud of. We would like to thank everyone who attended this weekend’s festival for making it such a memorable success.”

Once again, Heverlee Beer provided a unique environment to enjoy cold refreshments, as DJs played atmospheric tunes with the sun beating bright in the sky.