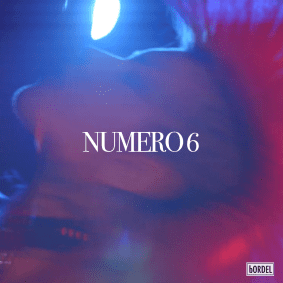 Scratch Massive return to their bORDEL Records imprint with an enlightening single entitled ‘Numero 6’ featuring vocals from Toby Ernest and remixes from Skinnerbox and Catnapp.

bORDEL Records is run by French producers Maud Geffray & Sebastien Chenut aka Scratch Massive with the Los Angeles based record label’s previous releases from Torb, Turbotito, DA and the duo themselves receiving support from the likes of Psychemagik, SONNS, Perel and many more. ‘Numero 6’ sees bORDEL invite the Monkeytown Records producer Catnapp and the Berlin duo Skinnerbox who have releases on Fantome de Nuit, Tonkind and My Favorite Robot Records for remix duties.

‘Numero 6 is inspired by a night in Los Angeles: ‘At night we flew over the hypnotic lights of Los Angeles that sparkled and electrified the darkness. Alice McMunn, legendary pole dancer and renowned tattoo artist opens the doors for the night. A flamboyant character, punk icon and muse of famous vegan makeup artist Kat Von D, Alice dances and sucks you into her trance’. ‘Scratch Massive

Catnapp’s remix then offers up a dramatic ambient rework fusing sparse pads, atmospheric waves and tranquilising moods before the extended version of ‘Numero 6’ finishes things off with compelling emotively that maintains the otherworldly aesthetics from the original.