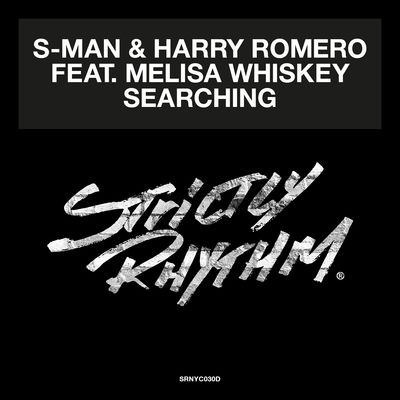 Having heralded 2015 as a “new beginning”, Roger Sanchez is currently having one of the most creative and prolific periods in his career, taking this as an opportunity to draw on his glittering history whilst navigating clubland’s resurgent interest in underground house music. Roger and his grittier alias S-Man are coming up with house music more monumental than ever.

In 2014 the huge ‘Remember Me’ re-launched Roger’s Stealth Recordings label and grew from Pete Tong’s Essential New tune into a global radio and club hit. For this equally huge track ‘Searching’, Roger teams up with Harry Romero, another household name, well known for his Latin-inspired beats, multiple residencies in Ibiza and releases on Subliminal records.

With two such heavyweights behind the production, ‘Searching’ is a no-nonsense club hit, launching headlong into an irresistible 4/4 beat. Weaving steady crescendos into yet bigger and more expansive builds, the ‘Dub’ version is distinctively an S-Man track, with Romero’s signature percussive element. The longer, vocal version features the voice of London-based diva Melisa Whiskey. It’s a restless, forward-moving track with fast-developing themes that roll into an ever-deeper beat. It’s easy to hear Roger and Harry’s classic house music roots but there’s an unmistakeably contemporary house feel.

As far as we at Defected are concerned, Roger can do no wrong and this latest collaboration is proof of his continually influential contribution to the art of house music production.