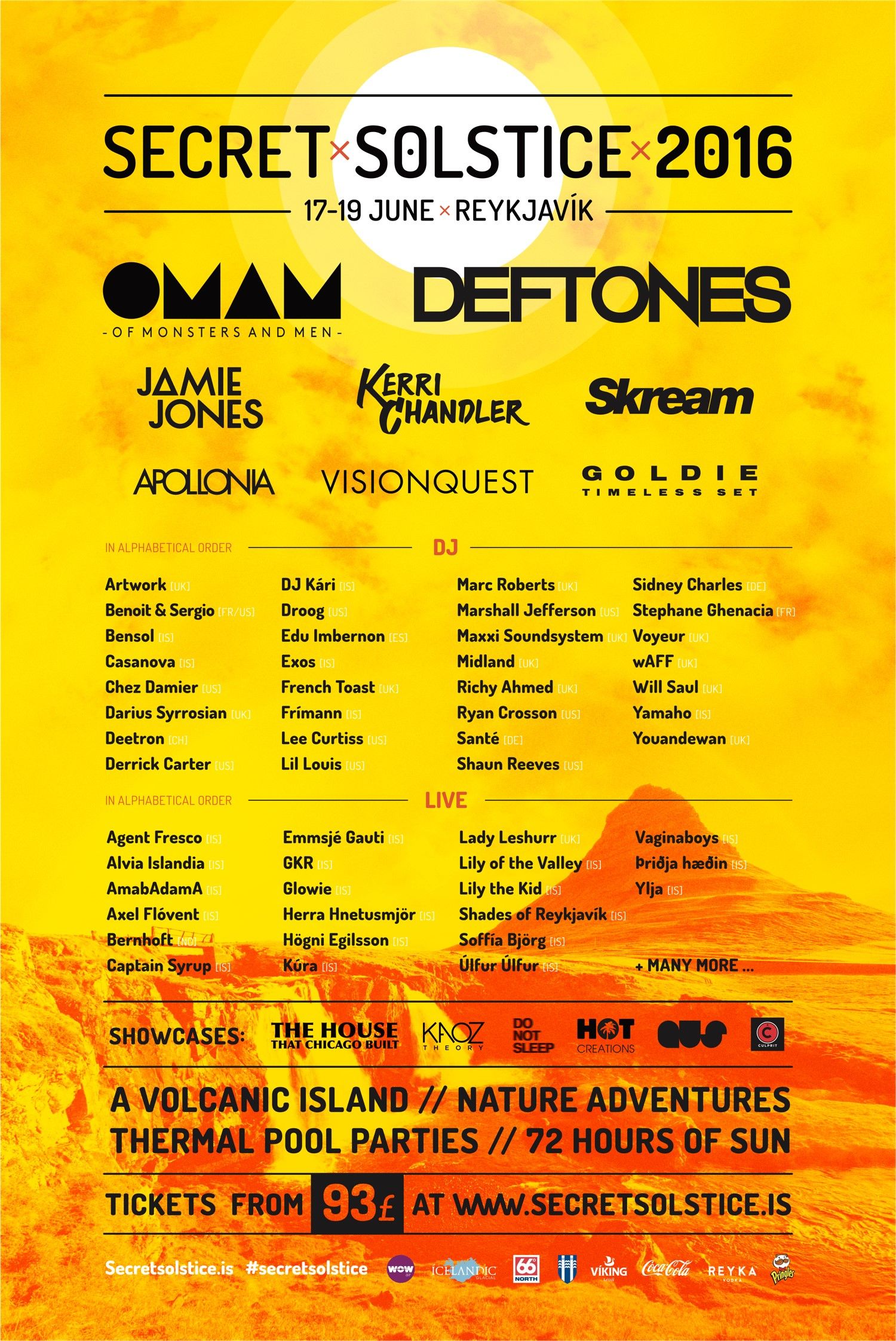 Experiencing 72 hours of never-ending daylight next year in the most northerly capital city on Earth just got a even better, with Iceland’s Secret Solstice festival announcing their second phase lineup for 2016.

A total of 60 names are now on the bill for Secret Solstice’s third year, with heavyweights Deftones, Jamie Jones, Skream, Apollonia, Visionquest and Goldie being added to already announced named like Of Monsters And Men, and Kerri Chandler. The final total of acts for the 2016 event is set for around 130 names according to organisers.

Just in time for the holidays, Secret Solstice has created the Package Of The Gods, which is the ultimate way to experience everything at Secret Solstice 2016. Priced at 1.5 million Icelandic krona (that's just a little shy of $11,700 USD), the package promises to be an unforgettable experience for two people. Only three of these incredible packages are available, and are on sale now via the event's website.

Another potential add-on for guests is the 'world’s only party inside a glacier' – called Secret Solstice presents Into The Glacier – a side event held by the festival during the main event weekend. However, the festival warns that the Saturday the 18th of June DJ show is already sold out, and less than 50% of tickets remain for the Sunday the 19th of June acoustic show.

The full lineup as it now stands for Secret Solstice 2016, including all the recent additions, can be found below. (* indicates Phase 2 artist)

For guests traveling from the (UK/USA/EU), Secret Solstice has full package deals available now starting at only 83,500kr (approx £430), with departure locations including London, Washington D.C., Boston, Amsterdam, Toronto, and many others.

General festival tickets start from 17,900kr (approx. £93/$140/€126), and are on sale now from www.secretsolstice.is in limited numbers before the next price rise.