SECRET SOLSTICE FESTIVAL ANNOUNCES FIRST PHASE OF ITS LINEUP FOR 2016 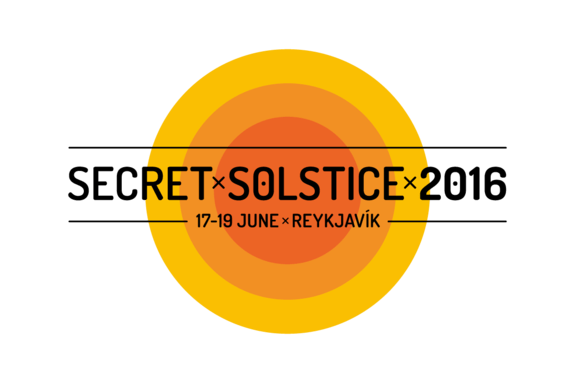 SECRET SOLSTICE FESTIVAL ANNOUNCES FIRST PHASE OF ITS LINEUP FOR 2016

From June 17 – 19, 2016, the inimitable Secret Solstice Festival makes a return to Iceland’s metropolitan capital, Reykjavík, for its third annual edition. For three days, and 72 hours of consecutive daylight, some of music’s finest talents will take over the world’s most northerly capital city, for what critics have dubbed “the most unique festival on Earth”.

Using Iceland’s incredible landscapes, volcanic springs and jaw-dropping glaciers as fitting backdrops to some of the world’s best music, the breathtaking natural scenery of this Scandinavian island is an obvious sell for any adventurous festivalgoer seeking a party destination like no other. For a glimpse of what’s in store next June, check out Secret Solstice Festival’s Official 2015 Aftermovie below.

Primed and ready for its biggest year yet, Secret Solstice now presents Phase One of its eclectic lineup for 2016 including Of Monsters And Men, Kerri Chandler, Deetron, Högni Egilsson, Amabadama, Lady Leshurr, Benoit & Sergio, Maxxi Soundsystem, Droog, Will Saul, youandewan, Voyeur, Stephane Ghenacia, Herra Hnetusmjör, Glowie, Axel Flóvent, Lily the Kid, and Lily of the Valley. If the previous year’s lineups were anything to go by, be sure to keep an eye out for Phase Two, as Secret Solstice has booked around 130 acts for this year’s rendition.

In addition to the main event, Secret Solstice Festival will once again be throwing some of the most innovative and forward thinking parties imaginable, including the return of this year’s standout party “ICERAVE”. Dubbed “the world’s first rave inside an ice glacier” Secret Solstice prepares to take over Langjökull (Europe’s second largest glacier) once again in 2016, for a series of super exclusive ‘once in a lifetime’ shows, giving festivalgoers the chance to party inside a mile-long tunnel carved from ice thousands of years old!

Other parties include the likes of “Midnight Sun” where guests will be able to head out into the Atlantic Ocean aboard a boat to continue partying well after midnight, enjoying eclectic DJ sets in a volcano-powered geothermal pool! Stay tuned for more events like these, due to be announced in the coming months.

Tickets for Secret Solstice Festival are now on sale. With limited early bird tickets available at 15,900kr (approx. $126USD), be sure to grab yours here while stocks last.

Over a dozen airlines now fly direct to Iceland from North America and Europe for as little as $99 USD each way, making the trip to Secret Solstice 2016 easier than it has ever been.

To make life as easy as possible, the team behind Secret Solstice has also teamed up with various hotel partners to give festivalgoers incredible deals on travel and accommodation packages, available here.

Conveniently nestled in the center of Reykjavík, the event is just a 10-15 minute walk to all the best hotel, hostel and AirBnB accommodation in the city. For those wanting to stay as close to the action as possible, Secret Solstice also offers a camping package for just 9,900kr (approx. $76USD).

One of the ultimate destination festivals in Europe, and with feasible options for every type of budget, Secret Solstice Festival is now a very affordable alternative to the stalwart North American festivals that stack calendars each year.