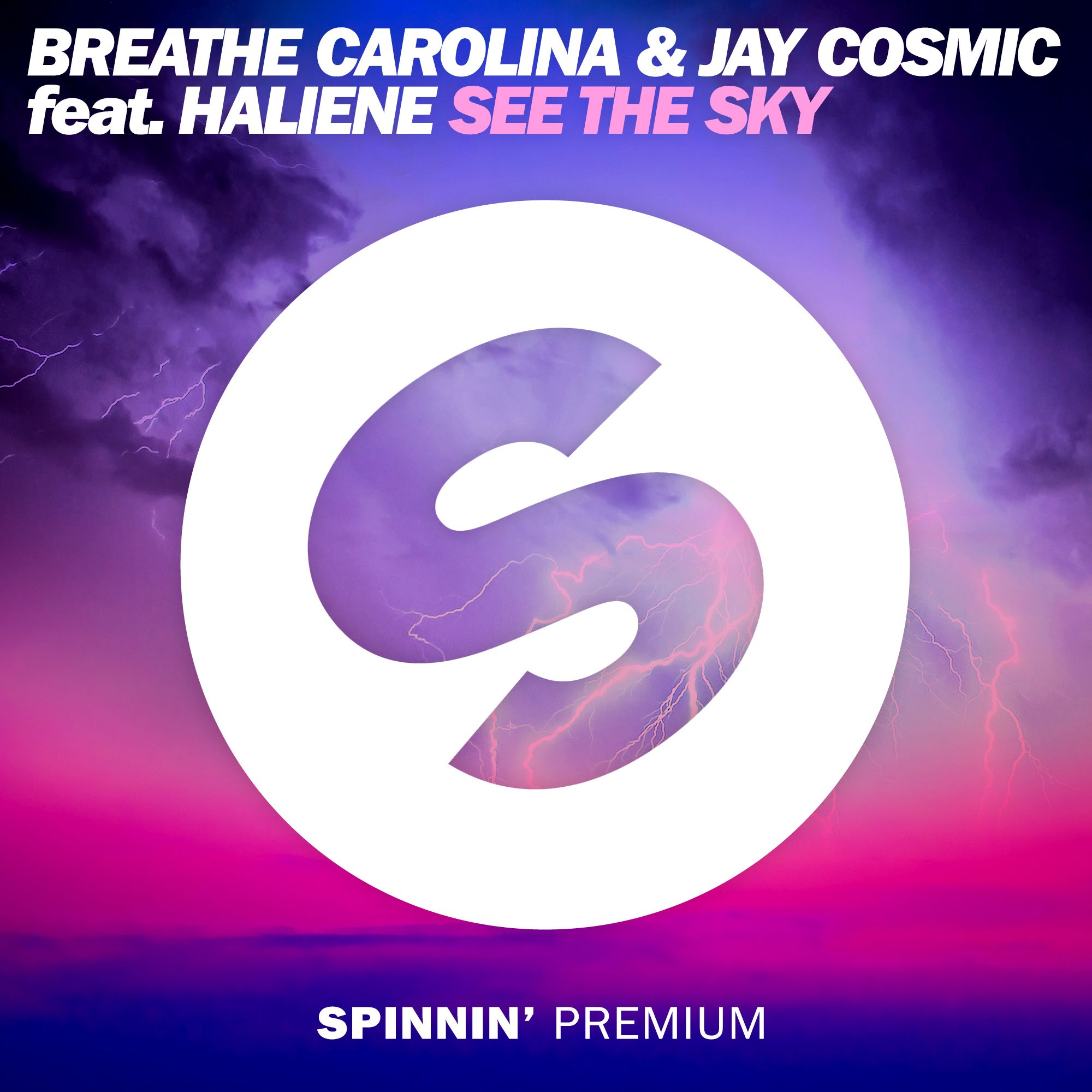 Out now on Spinnin' Premium, ‘See The Sky’ from Breathe Carolina & Jay Cosmic. The perfect mixture of classic progressive house, trap and dubstep intertwined with the lovely vocals by Haliene and Breathe Carolina’s own David Schmitt. As always Spinnin’ Premium releases are free to download for the first two weeks.

New kids on the block, Breathe Carolina have been turning heads over the past 10 months since their dance debut of ‘Anywhere But Home’ (June 2015) which crept along the Beatport Progressive House chart until it was slotted in the #1 position and #5 Overall. The trio doubled up with their massive club banger, ‘Hero’ which also went #1 in Beatport’s Progressive House chart and #7 Overall. Continuing their upward trajectory, collaborations created with with Blasterjaxx in ’Soldier’ (#3 in Electro House / # 3 Overall) and Bassjackers ‘Marco Polo’ (#1 in Progressive House / #7 Overall). Racking up 35 Million + plays on Spotify is a testament to Breathe Carolina’s musical ability to write great tracks.

For their new track ‘See The Sky’, Breathe Carolina teams up with UK producer Jay Cosmic and singer Haliene. "The track is a unique balance of progressive house and trap and bass. It’s exciting to hear Haliene's vocals mixed with David's – they work really well together. We were also lucky enough to work with one of the best producers in the world – Jay Cosmic. He was able to add a ton of new ideas which took the track to a whole new level!", explains Breathe Carolina.

Spinnin' Premium
Spinnin' Premium was launched in October 2015 as a new sublabel of Spinnin' Records, solely focusing on 100% free downloadable tracks. This is based on a (free) subscription; after signing up on the Spinnin' Premium website, every release can be downloaded for two weeks. By now, many artists have released their music here, including Quintino, Firebeatz & Apster, Watermät, Julian Jordan, Chocolate Puma, Mightyfools, Redondo, Curbi and Dastic.