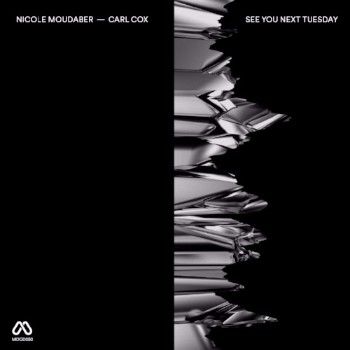 Respected techno pioneer Nicole Moudaber has unveiled a diverse remix package for her collaboration with Carl Cox, ‘See You Next Tuesday’, marking the 50th release on her highly esteemed MOOD label.

Since launching the label almost five years ago, MOOD has served as a home for an array of the most innovative and darkly intriguing productions of recent times. Previously hosting names such as Jamie Jones, Carl Craig and Pan-Pot, Nicole celebrates the milestone 50th release this December.

To mark the occasion, the internationally-minded producer has unveiled a very special re-release and remix package of ‘See You Next Tuesday’, her collaboration with longtime friend and industry legend,Carl Cox. Enlisting a selection of the genre’s most exciting talents on the remix EP, Danny Tenaglia, Black Asteroid, Raxon, Solardo, Truncate and Trunkline each offer their own reworking of the classic original track.

Danny Tenaglia’s remixes are extremely rare, so Nicole is delighted to have her old friend and original source of inspiration on the EP. His ‘Return To Twilo’ interpretation stands up to his reputation, with the extended swinging 123bpm track standing out for its class. Meanwhile the unstoppable tech house duoSolardo twist the track with a driven and upbeat version, whilst Truncate’s stripped offering would look equally at home in club settings, or on festival main-stages. Utilising a big horn bassline, Trunkline’s own reworking adopts a more dark & groovy atmosphere, with Black Asteroid offering a heavy grinding feel. Raxon, who lists Carl and Nicole as his key influences, found inspiration for his own remix in more sci-fi/intergalactic electronica sounds. Last but not least, the package includes a special Dub Mood re-release of the original. Packed with a palpable electric sizzle, this eight-track offering doesn’t just celebrate MOOD’s 50th release but revels in everything that personifies the label.

“It was the drums which first reached me,” says Moudaber of her initial gateway into dance music, at New York’s infamous Tunnel Club. Ever since then, the Nigerian-Lebanese producer has dedicated her immense energy to finding ways to share that vibe.

Fast forward to the modern day and Nicole Moudaber is now an event promoter, record label founder, radio host, and one of the most passionately followed DJ/producers in the world. The one-woman army is marching her muscular take on techno all over the globe, winning fans with not only with her music, but her way of being, that’s at once uncensored, inclusive, and fierce.

Having played at the world's most revered nightclub institutions such as Space, fabric, DC10, Output and Stereo; to massive festival stages, including Glastonbury, Coachella, The BPM Festival, andAwakenings, as well as hosting her own brand of MoodRAW Warehouse events and MoodZONE festival stages, her weekly radio show In The MOOD – is syndicated on over 80 FM stations in 50 countries, commanding over 20 million listeners worldwide.

The release of Nicole’s eclectic ‘See You Next Tuesday’ remix package also coincides with a rare extended UK tour, bringing her unique sets to some of the best venues across the country.