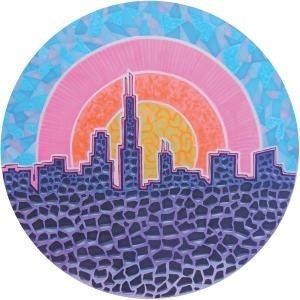 SEFF brings a party to the new year with the next release on the mighty Hot Creations in the form of ‘Jack’s Back’ featuring three superior club weapons.

“It´s an absolute pleasure to be releasing an EP with Hot Creations, as an artist it´s one of the best achievements to release on one of your favourite labels and undoubtedly one of the biggest in the game” SEFF

‘Like That’ on the A-side chuggs with electronic synths and powerful raw bass, ‘Jack’s Back’ is a high energy hitter with a jackin’ ghetto vibe and the heavy duty ‘Zoot’ thunders with a Jamaican style vocal. These are compelling, peak time tracks that guarantee to erupt every dancefloor.

Joe Saunders AKA SEFF has made a huge impact with his distinct crossover style of raw, underground house and techno music, retaining attitude, swing, swagger and energy in both his productions and skilfully constructed DJ sets. Since being signed to Steve Lawler’s VIVa MUSiC in 2012, he has gone on to release on many other hugely respected labels, worked with an array of top artists, remixed Dave Seaman on Great Stuff Recordings and also was signed to Dave’s label ‘Selador’. He established Mindmaze Music as a platform to release great music from himself, established artists and new talent and it has rapidly become a favourite of many underground music lovers around the world.

Hot Creations continue to dominate the hearts of dance music, well beyond their 50th release. A platform for the pioneering partnership of Jamie Jones and Lee Foss to share the strongest releases from their musical family and discover prime new talent.