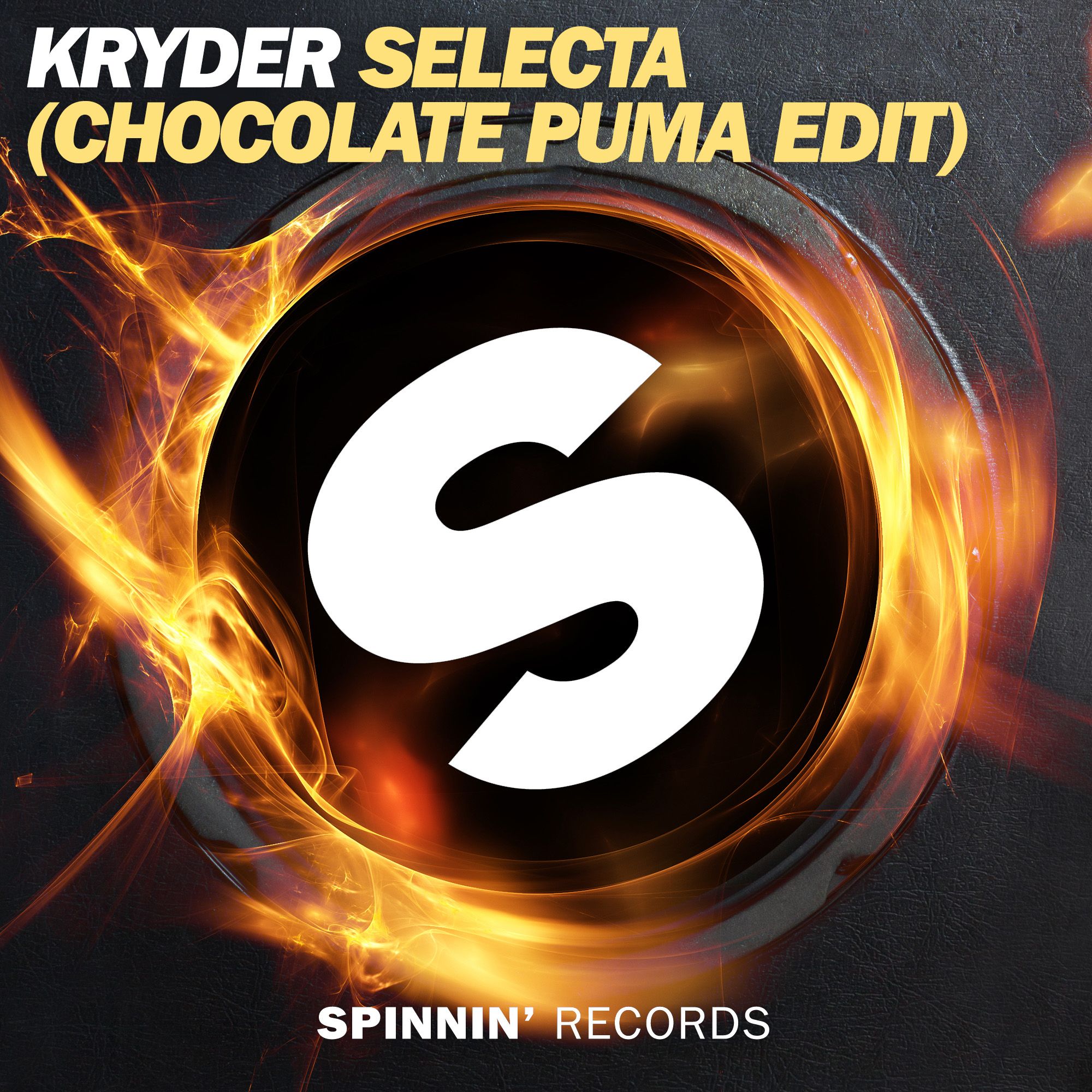 Kryder seems to be on fire these days. And this time, the fire gets lit by legendary Dutch duo Chocolate Puma, delivering a mindblowing edit of Kryder tune 'Selecta'. As DJ support has been overwhelming, the track is officially out now through Spinnin' Records.

Kryder can be seen as one of the biggest discoveries of the global dance movement recently. Delivering festival hits with a steady stream of releases (including last year's Tom Staar & The Wulf collab, IDMA winning single 'De Puta Mudra'), the Brit DJ/producer continues his triumphal path this year with the launch of his own Cartel imprint (alongside Tom Staar), launching late July with the first release: Kryder & Eddy Thoneick's 'The Chant'.

But first, he lets Dutch powerhouse duo Chocolate Puma deliver a blazing edit of 'Selecta'. Now these guys know how to drop classics, they’ve almost invented the term as they started out producing music in the early 90s, delivering club hits under several artist names. Most famous are probably The Goodmen and Jark Prongo –just check these names on the web and discover a collection of awesome oldskool house music!

As they helped shape the original house genre, the duo always kept on producing up-to-date tunes under the name Chocolate Puma. Recently, as oldskool house sounds have gained popularity again, this resulted in several big releases, including their summer 2015 single ‘I Could Be Wrong’, the Tommie Sunshine collab ’Scrub The Ground’, and their recent Firebeatz collab 'Lullaby'.

'Selecta'
Now, they deliver their edit of Kryder’s 'Selecta', making sure the bounce is as deep as it can get, with twisted effects, vocal jams and backspins working up the dancing appetite. Add to this some oldskool organ synths and you’ve got a bass house anthem coming your way.