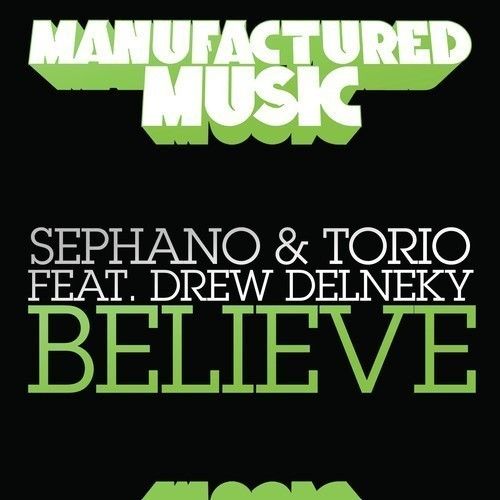 ‘Believe’ is a perfect conclusion to Sephano & Torio’s year – an utterly huge Progressive House vocal anthem that’s cooked to perfection and we wouldn’t expect anything less from the on fire duo. Epic synth work, big and bold bass and a killer vocal make this a strong contender for great success into the Christmas season. As ever with the pair’s releases, production is of a absurd level and the feel good attitude of their constantly original and harmonious melodies is back again in floods. With releases of this level becoming the norm, it’s no wonder that Manufactured Music has come knocking on their door.

Sephano & Torio have had a year that’s seen them reach international recognition, with a long line of releases on some of the most influential labels in our business. Their recent ‘I’m On Drugs’ release spent no less that five weeks in the Beatport Electro House charts and we’ve got no doubt that ‘Believe’ will at very least match that level of success. Drew Delneky is no stranger to success having already scaled the online charts with a 2012 release on the mighty Ultra Records. Back to 2013 though and you can see why we’re excited about this one. It seems that we’ve found a new name for the record books this year, so whether this is your first Sephano & Torio experience, or you’re already amongst their thousands of fans – you’re going to love this one.

GET YOUR COPY NOW EXCLUSIVELY AT BEATPORT
www.beatport.com/release/believe/1204630