Rihanna - Sex With Me (MK Remix) 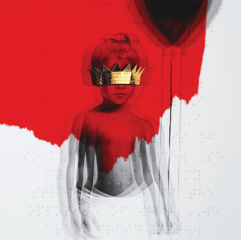 Rihanna - Sex With Me (MK Remix)

On behalf of DJ, Producer and label owner, MK,  we are thrilled to finally be able to announce the long awaited official release of the MK remix of Rihanna’s ‘Sex With Me’. Out now via Rocnation/Def Jam, the track is available across all streaming platforms.

Over the last several months, MK has been playing the remix as an exclusive in his own sets during festivals and club nights.  The reactions have been steady and consistent with everyone asking when this mix will be available. He has been delighted by the reactions across his socials.

The remix features bouncing hi-hats and classic house keys, the original’s instrumentals subtly fade in and out, whilst MK applies his signature chop chop sampling style to Rihanna’s vocals.

MK was born and grew up in Detroit, the city that has been labelled as the true breeding ground of house and techno music. During the last few years, MK has quietly become one of the world’s most in-demand producers and remixers. Several of his earlier releases, including ‘Always’ and ‘Burning’, were instrumental in first helping dance music cross over into the mainstream. He is also known for his hugely successful remix of Storm Queen’s ‘Look Right Through’ – which hit #1 in the UK singles chart – and that of Wankelmut & Emma Louise’s ‘My Head Is A Jungle,” which has just been relicensed for the 2nd year for Yves Saint Laurent’s Black Opium campaign. He’s since remixed Lana Del Rey, Sam Smith, Rudimental, Katy B, Bastille, London Grammar, Rufus Du Sol and Pharrell to name but a few; his version of Aurora’s ‘I Went Too Far’ is his latest remix success. He’s also a skilled songwriter and producer in his own right, with ‘My Love 4 You’ featuring A*M*E and ‘Piece of Me’ ft. Becky Hill still tearing up dancefloors since their release in 2016.

With 2017 festival dates stacking up fast a host of new original productions in the works, it’s clear that MK remains at the top of his game as a DJ, producer and curator.