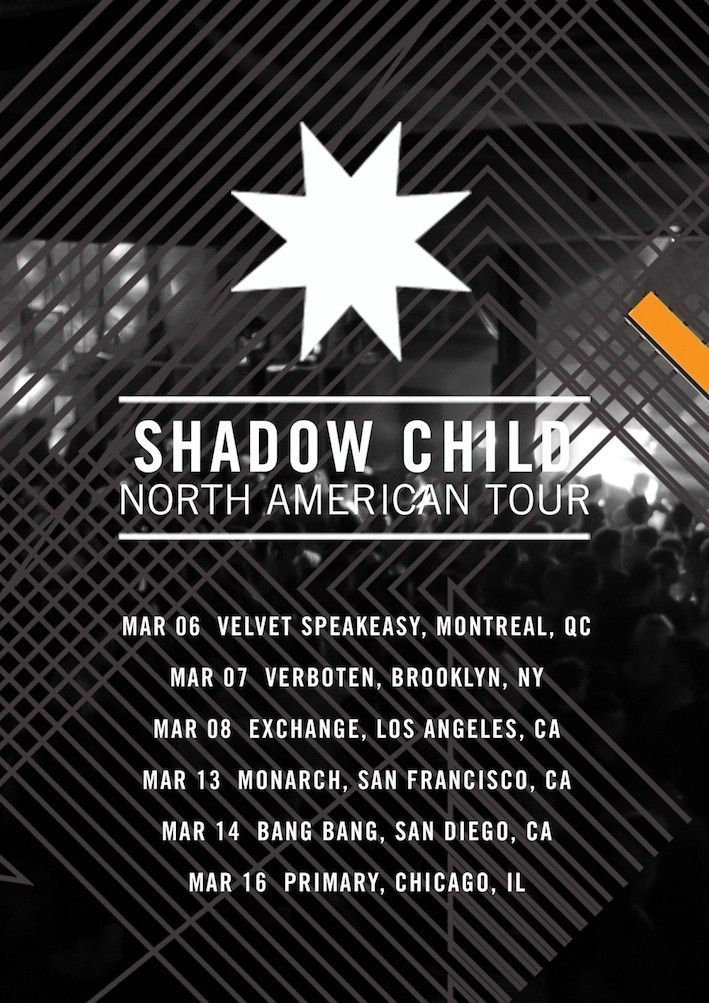 Breaking onto the scene with his debut EP release for Dirtybird, Shadow Child is one of electronic music’s most prolific producers. The king of re-invention, Simon Neale AKA Shadow Child, has racked up releases with labels such as Moda Black and his very own Food Music, as well as receiving the nod of approval from the likes of Claude VonStroke and Eats Everything. His remix skills are in-demand for the likes of PMR, Black Butter, Island and Sony artists amongst others, and combine all of this with a regular slot on Rinse FM and you have one of the UK’s most in-demand talents.

Shaping up to be Shadow Child’s biggest year yet, 2014 has already seen him in the coveted Essential Mix spot, which has been graced by the likes of Flying Lotus, Nicolas Jaar and MK in its 20 year tenure. Shadow Child’s Essential Mix was the first mix to incorporate visuals, a new look for the legendary mix series.

Achieving more than most artists can dream of in 18 months, Shadow Child marked this with the release of double CD ‘Collected’ album, a selection of his best released and unreleased original tracks and remixes.