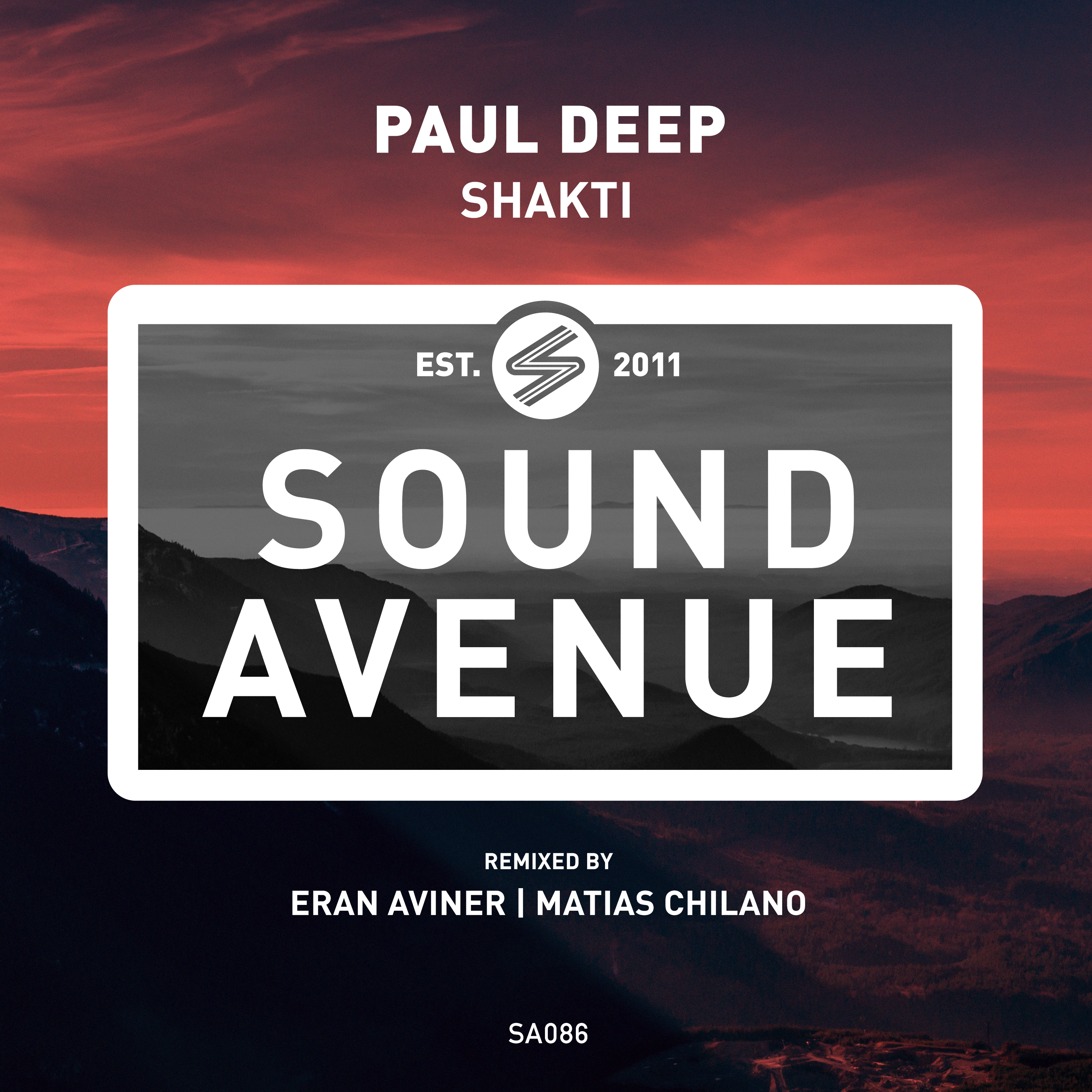 The latest release from Madloch's Sound Avenue imprint welcomes Paul Deep back to the label for a brand new single. The Argentinean artist last appeared on the Belgian imprint in August with a contribution to the 'Correlation' Vol.1 collection. Firmly established as one of his country's best progressive house talents Paul owns releases on Dopamine Music and Or Two Strangers along with routine support from Hernan Cattaneo and Nick Warren. Now making his much anticipated return to Sound Avenue the Argentine presents his latest single entitled 'Shakti' alongside remixes from Eran Aviner and Matias Chilano.

The original mix leads the release off and sits as Paul's most accomplished work to date. From its buzzing, atmospheric beginnings the piece moves through waves of tribal percussion and cross-cultural motifs. Haunting and beautiful in equal measure, the vocal theme sends a spiritual message from its impassioned core. Delicate strums prove soulful, adding the perfect harmonic complement, carrying the piece out of an enchanting break and on to a stirring finale.

The first interpretation of 'Shakti' is provided by Eran Aviner who is making his first appearance on Sound Avenue. As one of Belgium's most cutting edge talents, Eran has a short but meticulous discography, highlighted by appearances on Hernan Cattaneo's Sudbeat Music and Guy Mantzur's Plattenbank Records. Also the co-founder of 'Edge', a leading nightlife brand in Belgium, Eran has shared the stage with Sasha, John Digweed, Guy J, Kiasmos and more. Having already showcased the 'Shakti' original in his DJ sets, the stars have now aligned for Eran to put his own unique spin on the track. Set against a backbone of warm, contoured bass and finely tuned percussion, the main themes translate wonderfully, punctuating their emotional message. Timely synth swells and astral effects add an underlying tension, resonating on a deeper level, moving forward yet keeping the classy vibe of the piece intact.

The second and final interpretation of 'Shakti' is provided by Matias Chilano who returns to the label for his fifth appearance. The Argentinean artist found a home on the Belgian imprint in 2012 after winning the label’s first ever remix competition. It set in motion what has been an incredible five year run, highlighted by appearances on Movement Recordings and a long line of support from Hernan Cattaneo and Nick Warren. Now making a welcome return to Sound Avenue he closes the release out with a stellar rendition of ‘Shakti’. Taking a more pure progressive house direction Matias reshapes the foundation into a pulsating, flow of energy. As atmospheres evolve distinctive stabs steal the air before a two minute break highlights the lead motifs in a haze of psychedelic audio. A gorgeous remix from Matias which rounds out one of Sound Avenue's most anticipated releases of the year. Don't miss