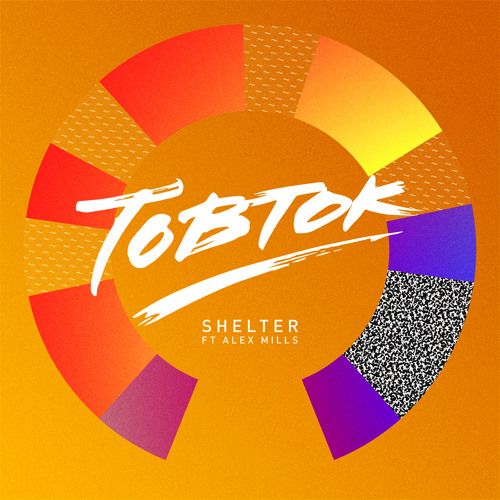 Although still just 22 years old, Tobtok is ready to take the step up from recognised ‘one to watch’ to genuine headline act. His stylish take on house and nu-disco has seen him amass a fanatical following, with over 20 million cumulative plays on Soundcloud and over 18 million on YouTube. His remix credits include the likes of The Magician, Blonde and John Newman, and as a DJ, Alesso, Avicii, Martin Garrix and Oliver Heldens have all requested Tobtok on their lineup.

A sublime slice of balearic-flavoured house, ‘Shelter’ has been played over 436,000 times shooting straight into the Hype Machine top 20, and will only add to the glowing reputation of this talented, young producer. The uplifting, sunshine-drenched chords cry out for an inspired vocal and Alex Mills doesn’t disappoint. The accomplished singer and lyricist delivers a dazzling performance, demonstrating why her list of collaborators includes such names as Basement Jaxx, Tricky, Hot Since 82 and Joey Negro.

With ‘Shelter’s’ perfect summer vibes, a remix package has to go some to sit alongside the original, but this one definitely delivers. Fresh from remixing Major Lazer, Norwegian brothers KREAM step up, bringing their festival house grooves – you just have to dance to this. From Frankfurt, Beatsession provides a quality deep house remix, proving his huge edit of Jasmine Thompson’s ‘Ain’t Nobody’ was no fluke. Up and coming Norwegian producer, Sonny Alven drops a beautiful mix with deep, tropical flavours, off the back of his new remix of Alesso. Spinnin’ Deep favourite, Dante Klein, ups the tempo and takes his mix to the main room, completing a remix package that is overflowing with quality. All remixes land on 28 September.

‘Shelter’ has all the hallmarks of a summer anthem, and with an ever-growing legion of online followers, as well as huge support among his fellow DJ/producers, Tobtok looks certain to continue on his current trajectory, firmly establishing him as one of the most exciting new talents around.