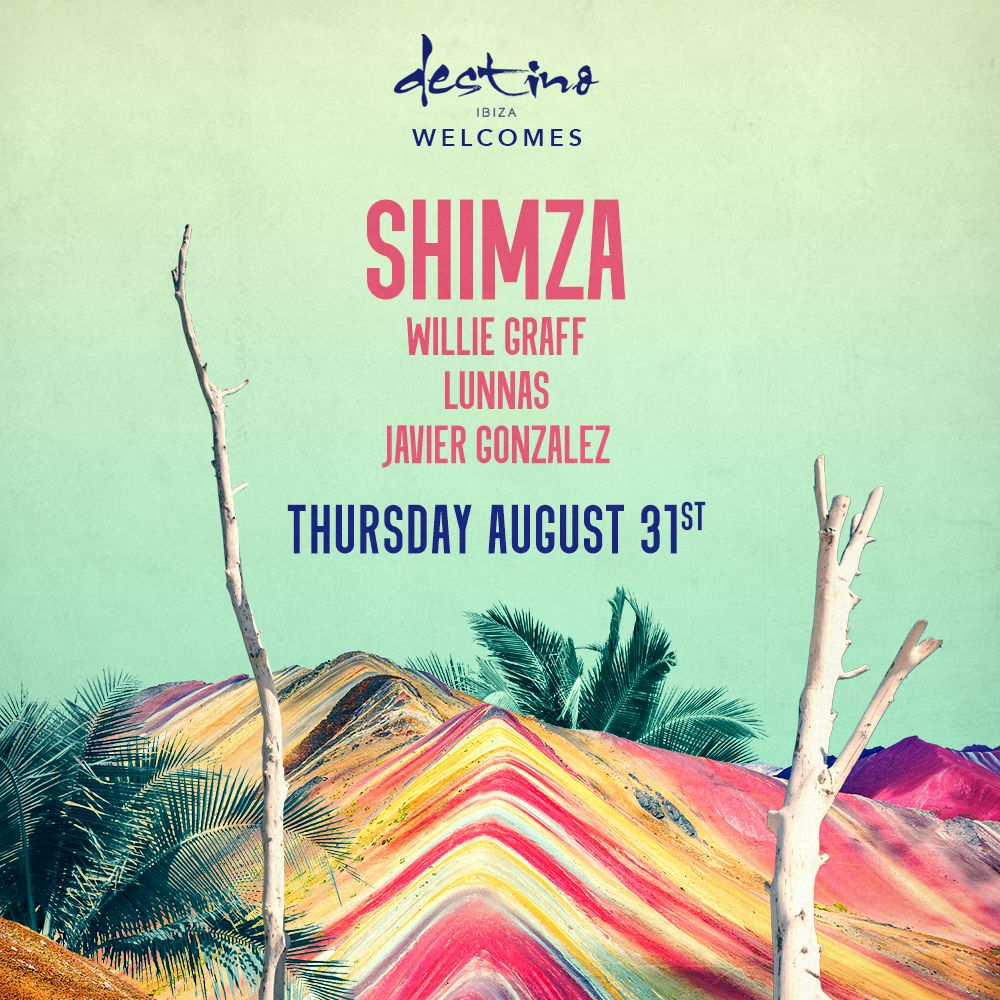 Following in the footsteps of former Soulistic Music label mates Black Coffee and Culoe De Song, 27 year-old Ashley Raphala has been making waves across South Africa and the globe thanks to his dazzling technical skill, trailblazing playing style and infectious, energetic presence behind the decks.

After eliciting widespread buzz and hard earned approval from numerous Iberican publications with his debut at Destino Ibiza’s closing party in 2016, Shimza was invited back to play one of the biggest opening parties of the season alongside Luciano and Guy Gerber at Destino Ibiza earlier this year.

His performance resulted in an Ibiza Spotlight piece lauding Shimza as a future Ibiza star and with his return to the island this coming Thursday, it seems Destino Ibiza is in complete agreement.

Located atop the cliffs of Cap Martinet, the Destino Ibiza resort offers one of the most breathtaking panoramic views of all the outdoor venues on the white isle. The elevated position looks out over the Mediterranean and Formentera as well as across the bay to Ibiza Old Town and Dalt Villa – beautiful by day, breathtaking by night.