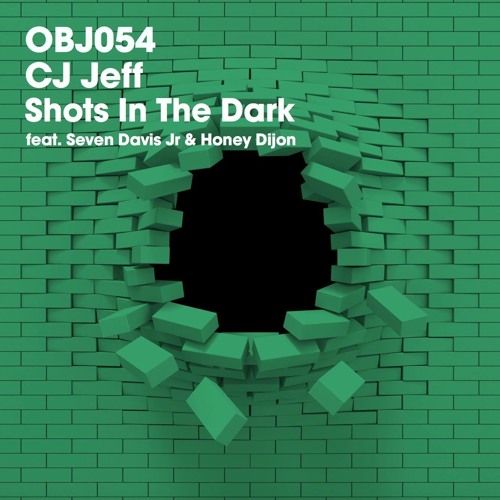 CJ Jeff makes his debut solo outing on Objektivity with arguably his best work to date: the two track Shots In The Dark EP, the title track of which features both Honey Dijon and Seven Davis Jr. on vocals.

CJ Jeff is a Greek electronic music superstar whose talent has been championed by some of the most respected house and techno labels around. Souvenir, Skint, Bedrock, Yoshitoshi have released any array of dancefloor gems over the last decade and more.

Released on Dennis Ferrer’s exemplary Objektivity, Shots In The Dark – which features vocals from Honey Dijon and Seven Davis Jr. on the lead track – marks an undeniable career highlight.

Shots In The Dark is a deep, rolling house with punchy bass and eerie, winding synths creating a hypnotic, urgent groove. The additions of sultry, spoken word vocals from two titans of the house scene – Honey Dijon and Seven Davis Jr. – take this to a whole new level: Shots In The Dark is a brooding electronic masterpiece.

The package is completed with the addition of Go West, another darkly brilliant house track, with subtly bubbling synths line and frenetic percussion lending themselves to a heads-down, club roller.