Penguin Prison - Show Me The Way 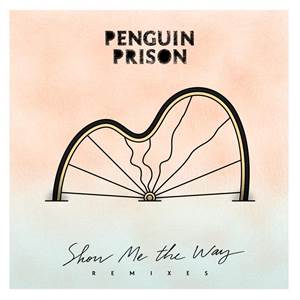 Penguin Prison - Show Me The Way

New York-based producer/songwriter Penguin Prison (aka Chris Glover) has released the “Show Me The Way” Taylor Wise Remix.  “Show Me the Way” is the latest single co-written with DJ/producer RAC from his album Lost In New York
The remix is taken from the Show Me the Way Remix EP to be released February 5 on Downtown Records.

​​New York ​newcomer​​​​​ Taylor Wise has been making quite the name for himself with his past four releases all taking the #1 spot on Hypem. He really has taken ‘feel good’ music to a whole new level with his indie-pop melodic sound. For his latest release, Taylor has kept "Show Me The Way's" original components the listeners love, but flipped them with his signature style to give the track a new vibe.

"I had “Show Me The Way” on repeat when it first came out, so I jumped at the chance to remix the record. From the catchy vocals to bouncy guitar riffs, it's hard not to dance to. I wanted to keep most of the original elements but give the track a different feel. I had a lot of fun with this one.." – Taylor Wise