SIGHT ends the year with techno 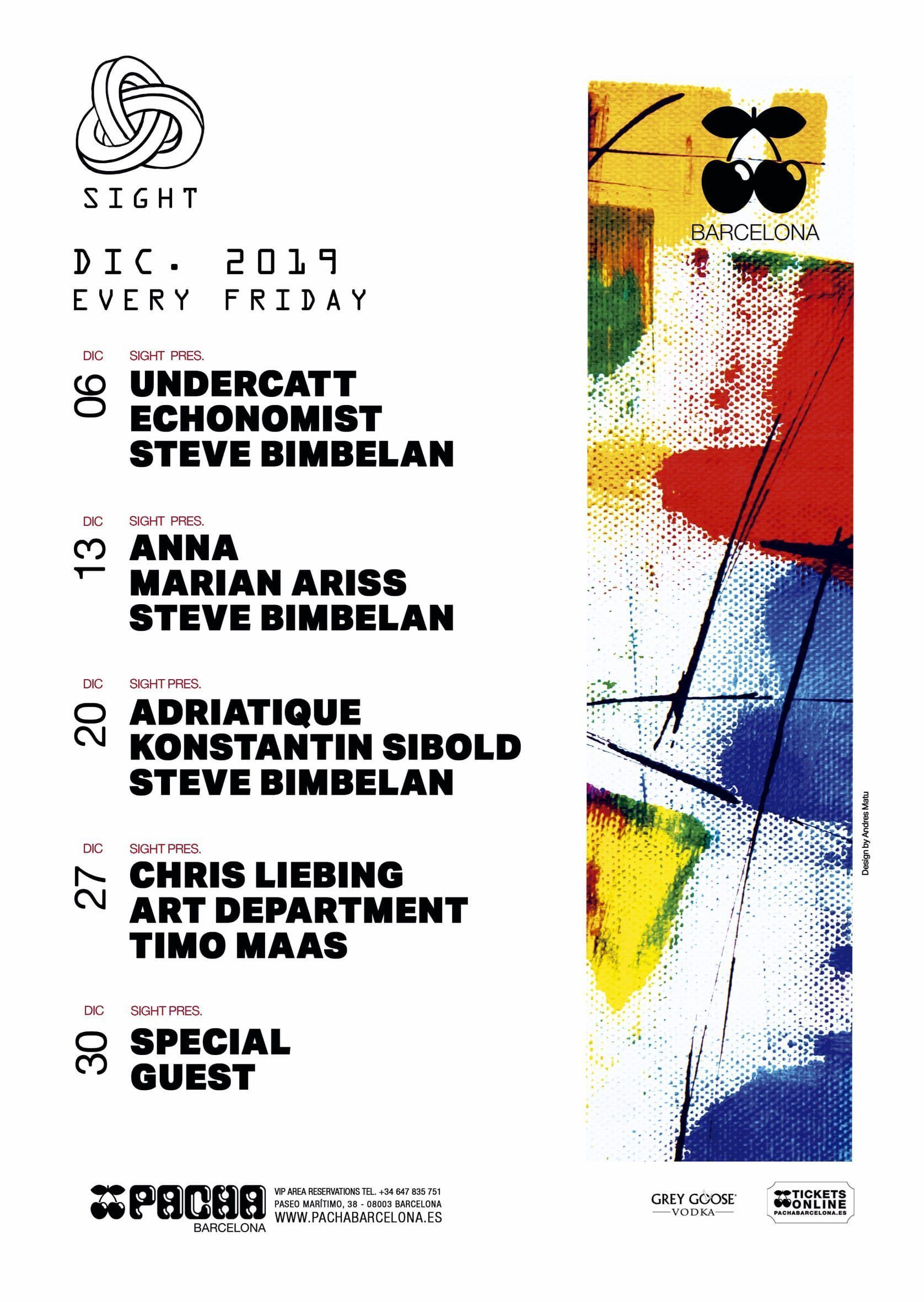 SIGHT ends the year with techno

It’s finally here! December has arrived and its loaded with the best underground music…just as SIGHT asked! Five showcases – and a extra date – to close 2019 in style: with techno. SIGHT‘s most die-hard fans will be able to enjoy a wide range of underground sounds, specially catered to cover all tastes and spectrums – from the deepest electronic music, to the most thundering techno…

December 6th: SIGHT pres Undercatt, Echonomist, Steve Bimbelan
SIGHT will kick off this Friday, December 6th, with two of the most demanded artist from the revered platform, Diynamic. They are Undercatt and Echonomist. On one hand, Italian duo Undercatt – made of Luca Luperini and Elia Crecchi – are without a question one of the most important exports from Solomun’s label in the last few years, managing to release hard hitting bangers and performing in the best clubs and festivals in the world. On the other,  Echonomist is one of Greece’s rising stars and one of Diynamic’s newest hidden gems. Both will be joined by SIGHT’s resident, Steve Bimbelan. Get your tickets to see Undercatt y Echonomist, along Steve Bimbelan, by clicking here.

December 13th: SIGHT pres. ANNA, Marian Ariss, Steve Bimbelan
December 13th will mark the return of one of the most demanded female artists by SIGHT’s crowds. ANNA, one of the new Brazilian techno stalwarts, returns to Pacha Barcelona to tear up the dance floor with her unique sound. 2019 has been a huge year for ANNA, that has performed in the biggest dates of the electronic music circuit. Having just released a major hit in Drumcode, ANNA will arrive to burn the crowd’s dancing shoes with her uncompromised style. She will be joined by Marian Ariss and SIGHT’s resident, Steve Bimbelan. Get tickets to see ANNA, Marian Ariss and Steve Bimbelan, here.

December 27th: SIGHT pres. Chris Liebing, Art Department, Timo Maas
Almost getting to the ned of the year, in December’s second-last date, SIGHT will see the return of another dear friend. SIGHT is pleased to present the unique German techno titan, Chris Liebing. After publishing his LP, ‘Burn Slow’, in 2018, this year has seen Chris make a stop at every big date in the circuit. Now, he comes to SIGHT where he’ll be joined by another great stalwart of the scene: Art Department. Finally, closing the bill, we have another German legend: Timo Maas. Get tickets to see Chris Liebing, Art Department and Timo Maas, here.

December 30th: SIGHT pres. SPECIAL GUEST + Manu González & Steve Bimbelan
As it’s already the tradition during these dates, on December 30th, SIGHT will celebrate its NIGHT Before NYE. Stay tuned to this space, as SIGHT will soon reveal who is that SPECIAL GUEST for the last night of the year. The mysterious character will be joined by Manu Gonzalez and SIGHT’s resident, Steve Bimbelan. Get your tickets 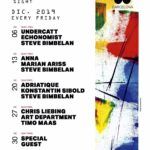