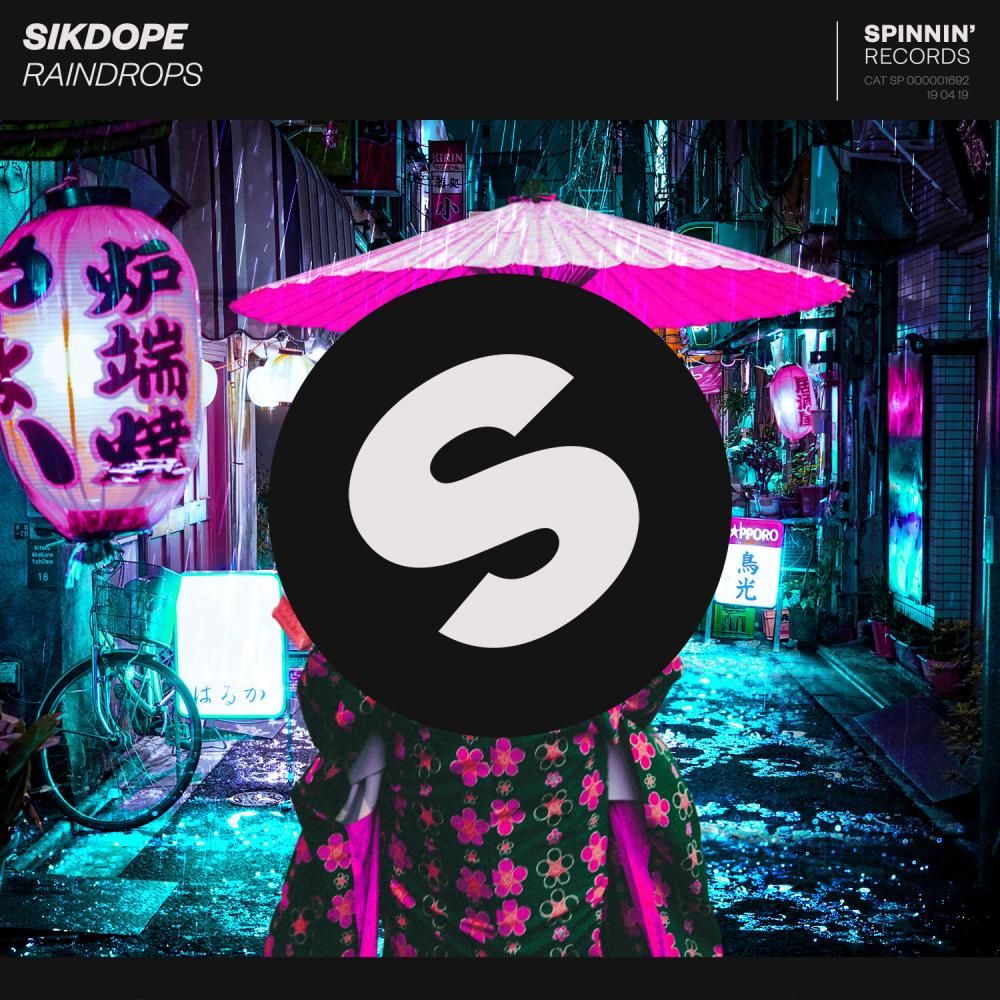 Following tremendous DJ support, including Marshmello playing the track during his Ultra Miami mainstage performance, renowned Polish DJ/producer Sikdope now officially releases his ‘Raindrops’. It’s a record made for peaktime plays, laying down a strong, uptempo house groove along with cool drum fills, catchy vocal samples and sweet sound effects. Once the track drops, the rave is on with incredible, swirling synth stabs and high energy electro vibes – this tune is for real!

It’s been a wild ride for Polish tastemaker Sikdope so far. Following last year’s highly acclaimed singles ‘Lost In The Blue’ and ‘Badder’, he continued his streak of hit tunes earlier this year with the widely popular Tiësto collab ‘My Whistle’, a record that’s still rocking crowds all over the festival scene and radio waves – including the Musical Freedom maestro playing the track during his Ultra Miami mainstage show.

Hot on the heals of this much talked about release, the Ultra Miami Festival also enjoyed the pleasure of Sikdope’s newest gem, as none other than Marshmello played ‘Raindrops’ to an enthused crowd.

As said, it’s a true rave anthem, delivering Sikdope’s trademark energy with rushed beats and mesmerizing synth stabs, touching on classic dance vibes with its break beats and vocal samples, as well as contemporary bass and electro euphoria. The stars seem lined up for this record to dominate this summer season’s festival stages, get ready for a series of ‘Raindrops’ to hit the crowd!

“Through the past months I’ve been trying to push the boundaries If it comes to music. ‘Raindrops’ is the perfect example, you cannot classify it as any specific genre, and I think this is what makes it unique. It’s a mixture of bass house and rave festival music with a lot of energy on the drop. People are even starting to say that I came up with a new genre and they start calling it “speed house”.” – Sikdope

Artist info
Don’t sleep on Sikdope; he’ll make sure it costs you. The young Polish beatsmith has built a reputation as a chameleon in the studio — from vicious bass-house to radio-ready progressive cuts and futuristic trap sensibilities — with an uncanny knack for keeping everyone guessing. Sikdope’s brand of merciless festival ammunition would go on to catch the ears, and co-sign, of Calvin Harris on his breakout hit, “Snakes,” essentially lighting a fuse that just continues to burn.

Now the tenacious young producer has one hand firmly gripping the wheel and a lead foot flooring the gas, steering the direction of electronic music’s most exciting new sounds. When he’s not relentlessly canvasing club and festival circuits across the world, the “My House” producer is usually buried under headphones in the lab, tampering with dangerous new club-primed sonics, building an endless catalog of blistering original works and head-splitting remixes. With a decade of classic musical training at one of Europe’s top production schools fueling his creative process, Sikdope constantly has an arsenal of new projects ready to be loaded into the chamber at a moment’s notice.

Simultaneously pressing his brand of punishing trap products to innovative new limits and helping pioneer a colossal bass-house swell, Sikdope is an ever-increasingly menacing force, both behind the console and the decks. A growing legion of fans all over the world, from Los Angeles to Sydney with a massive movement forming in Asia, know one thing is certain, “music is the cure,” and Sikdope consistently proves to have the remedy. Having dominated festivals across four continents —from Belgium’s Tomorrowland to EDC Orlando’s Main Stage — with releases on Spinnin, Fly Eye, and now Tiësto’s legendary Musical Freedom powerhouse, Sikdope is positioned as one of today’s most explosive talents, and he’s dead set on taking over the game.