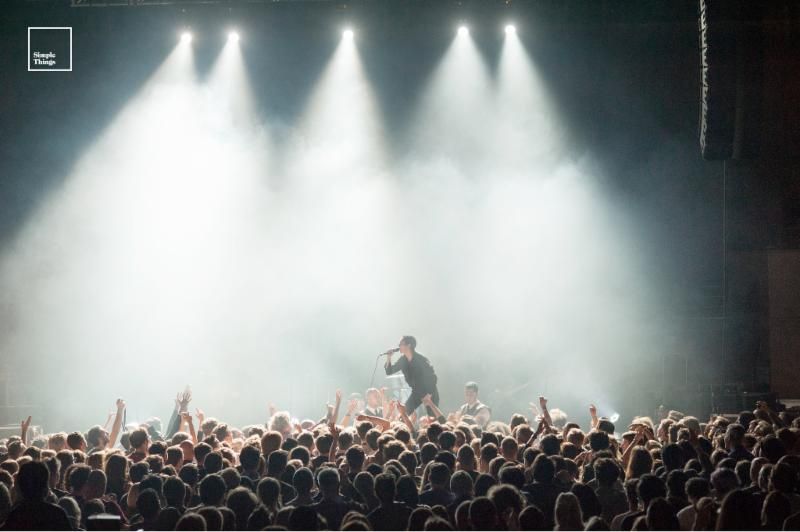 Simple Things, The South-West's finest multi-venue festival of musical exploration, returns this October for its sixth installment. With a multitude of stages scattered across a mix of established music venues and DIY spaces, the festival's first release furthers its reputation for delivering a unique programme of boundary-crushing music.

With a standalone show to close out the weekend, this year's finale will see master of the horror soundtrack John Carpenter perform in the Colston Hall for what will be a concert of widescreen proportions. Having already sold-out shows in London and Manchester, this show will be the first opportunity UK fans will have to see the realisation of his enduring soundtrack material and new compositions in the live arena.

The first headline announcement of the main festival will see Los Angeles' finest all-female group Warpaint take to the Colston Hall Main Stage. No doubt showcasing new material along with the best of their three albums to date, their blend of expansive, lush, emotional and psychedelic songs makes them a perfect choice to take top-billing.

Ex- Beta Band front man Steve Mason has enjoyed huge success as a solo artist of late with his new album Meet The Humansbeing met with universal acclaim. His brand of meticulously arranged and constructed songs have been rewarded with positive words from a variety of publications. Hyperdub affiliated, electronic singer/songwriter and synth-pop producer Jessy Lanza, joins the line-up having recently released new album Oh No and as a result found a vast new following, while Powell's brand of uncompromising noise and techno will no doubt bring fans of his recent release on XL to experience his abrasive, yet playful sound.

Montreal's expansive, experimental punk act Suuns will whet appetites for those who like it loud, while recent Crack Magazine cover star Abra jets in from Atlanta representing the ever burgeoning Awful Records imprint. Grime is represented by AJ Tracey, who is a surefire bet to follow in the footsteps of his peers and become the genre's next star.

Headlining the electronic line-up this year is Ben UFO, who continues to astound fans with his eclecticism and expansive sets that take in everything from techno, to garage to jungle. The Hessle Audio mainstay will be playing for four hours and bringing all of this knowledge in what will be his only Bristol performance this year. Joe Mount aka Metronomy makes his Simple Things debut with a special DJ set showcasing music that inspired and influenced his new album Summer '08.

Tim Sweeney will be bringing all his know-how from the many years manning the airwaves with his legendary Beats in Space show and Helena Hauff is returning to the festival after wowing ST2015 with her set in the police cells. Chicago's all-conquering footwork scene will be represented firmly with a Teklife showcase. The label's top man Spinn will be heading up a footwork dream-team of Traxman, Jackie Dagger and Feloneezy.

Marcus Nasty and Crazy Cousinz will bring the UK Funky in a special afternoon showcase and the house and disco spectrum is represented by Panorama Bar favourites Massimiliano Pagliara and Mike Servito.

Taking place in the four main hubs of The Colston Hall, The Firestation and Island Complex, Bristol O2 Academy and Lakota and with more headliners and a host of other names to be announced, Simple Things 2016 is set to be its strongest edition to date.