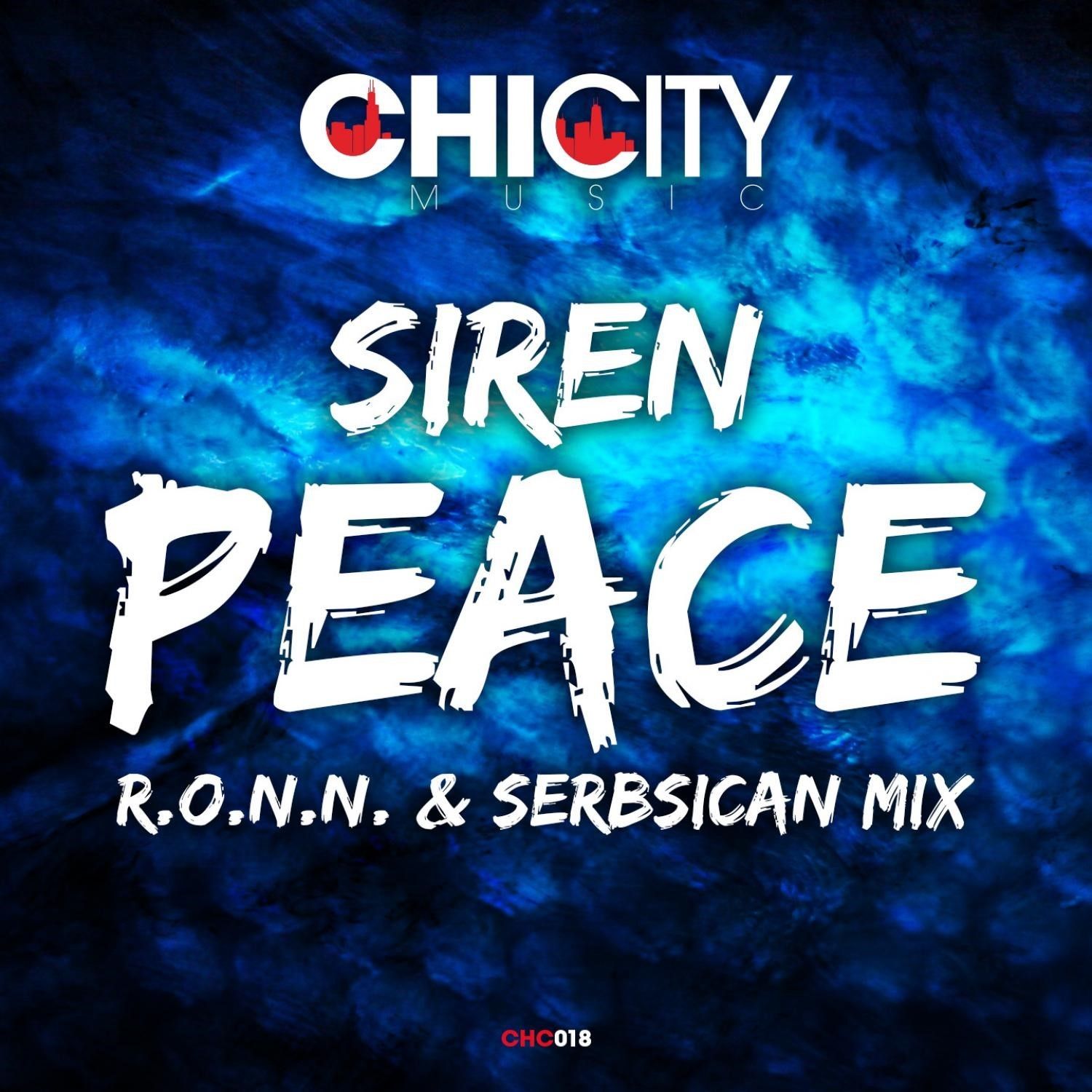 Get ready for another powered vocal house track as CHI CITY brings to you another release featuring up & coming Chicago talent SIREN with “Peace [R.O.N.N. & Serbsican Mix] !”

Singer, songwriter and vocal arranger, Siren began her journey in the music industry at a young age. Born in Chicago April 15th her mother tells a heartwarming tale of when she was a little girl. She had taken her to a restaurant and ordered her a plain hotdog. Siren removed the hot dog from its bun, stood up and began to sing “Yes Jesus Loves Me” as if the hotdog was a microphone. The entire restaurant stopped and watched in awe as this 3 year old child sang her heart out without shame. “Everyone clapped for her when she finished” says Siren’s mom. “She even sang the National Anthem every morning for her Kindergarten class. That’s when I knew she had something special.” In school Siren’s talent did not go unnoticed. In the 6th grade, her music teacher was amazed by her natural vocal ability and suggested that she audition for a citywide children’s choir in Chicago called the “All City Youth Chorus”. This is where she began her classical training. Making an impression during her audition, a teacher by the name of James Edwards took her under his wing and began to coach her as well as manage her.  By age 11, Siren sang the National Anthem for the White Sox, met with Sony and Motown Records, sang on the Channel 5 News Float at the Budbiliken Parade for 2 consecutive years and her picture hung proudly in the NBC tower lobby. Tragically her journey with Mr. Edwards ended when he died from Leukemia.  Unsure of what was next for her, she joined “Walt Whitman and the Soul Children of Chicago”. Siren entered “The Soul Children of Chicago” as a leading vocalist and her abilities shined through in every way imaginable. She has recorded for “Silver Burdett” children’s music books, voice-overs for Toys R Us commercials, and toured with Michael Crawford for “The Phantom of the Opera” just to name a few. Siren and her band continues to perform around the Chicagoland area and they, along with her phenomenal dancers.