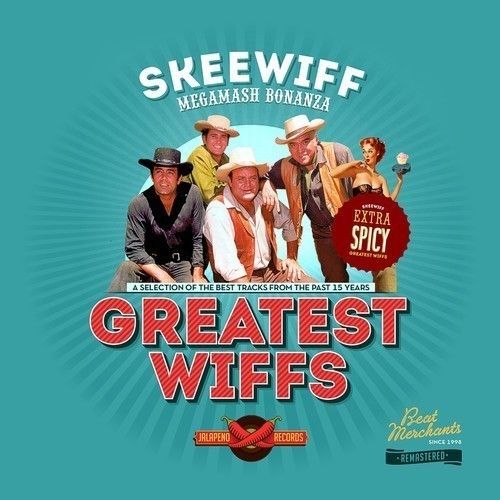 Jalapeno Records is a label that prides itself on eclectic music with a strong seam of soul and funk running through it. Genre is unimportant provided that it’s got the Jalapeno Funk.

No artist embodies the spirit of Jalapeno as much as its founders Elliot Ireland and Alex Rizzo collectively known as Skeewiff.

Having had a stint signed to Ministry of Sound in the mid-nineties the Skeewiff boys found themselves the delighted proprieters of a worldwide number one hit under the name Shaft (Mucho Mambo) and with the proceeds of said hit kitted out their studios and set up their own label Jalapeno.

Three albums on Jalapeno followed before the boys went on to set up their Pedigree Cuts imprint following in the footsteps of their heroes like Alan Hawkshaw (who features on the album) and other lounge legends by creating a library music company where all the different strands of their output would have one home.

The album is a joyous blend of impeccable production, astonishing taste and the now rare ability to not take yourself too seriously. Hammond belters sit next to breakbeat country and western. Lounge classics merge with electro swing until you realise that this album really is sunshine on a disc. Many of the tracks are recognisable from TV and Film as Skeewiff have been the industry go-to guys for this style of music since the beginning of their career.

The album has been remastered and in most cases remixed by the Skeewiff boys themselves to provide fans and newcomers to their sound an incredible listening experience.