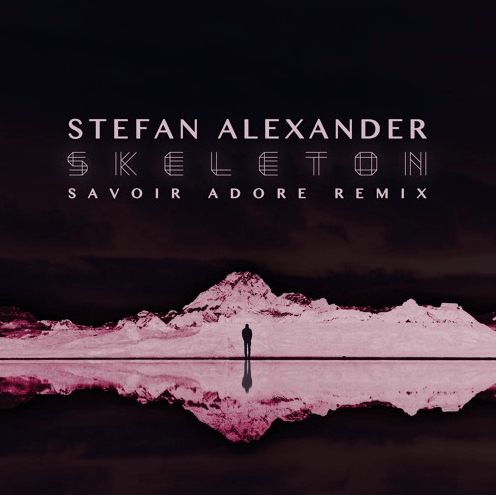 Today, rising pop/R&B artist Stefan Alexander releases the Savoir Adore remix of his highly praised debut single, "Skeleton". The original track, highlighted by buoyant rhythms and Stefan's silky vocals, is seamlessly turned into a house-oriented mix by the pop/rock duo. Paul Hammer, of Savoir Adore, says of the remix, "What really drew me to working on this remix was Stefan's voice. He has such a classic, strong R&B vocal delivery, and I immediately thought it was a perfect candidate for a more house-oriented mix. I've been wanting to combine traditional house beats with more 'dream-pop' elements, and this was the perfect song to finally give that a go."

Stefan Alexander wrote "Skeleton" about the difficulties in sustaining relationships both romantic and platonic. After hearing Savoir Adore's remix of morgxn's, 'Wanna Love You With The Lights On', Stefan thought they were the right fit in reimagining the R&B influences of the original track, and creating something fresh.

Born in a musical household, Stefan started singing, playing piano and writing songs before most kids can form complete sentences.  By the age of six, he was recording his ideas on a tape a recorder and began to learn other instruments. "I’m incredibly grateful to my family for letting me sing around the house pretty much constantly,” shares Stefan. “I never stopped singing, but my family was always very encouraging.”

Stefan’s music is both refreshingly unique and delightfully complex, perhaps because of his vast array of influences, which include artists like Billie Holiday, Cab Calloway, Whitney Houston, Carole King, Joni Mitchell, Sam Cooke and Justin Timberlake. But Stefan, of course, is a true original.  And, while he often gains inspiration from a beautiful work of art or a great movie, what makes his music so enjoyable is his ability to draw from everyday experiences. “I get most of my material from whatever is going on in my life,” shares Stefan.  “Sometimes I’m inspired by friends and family, and sometimes I’m inspired by strangers. But the people that surround me never fail to spark an idea.”