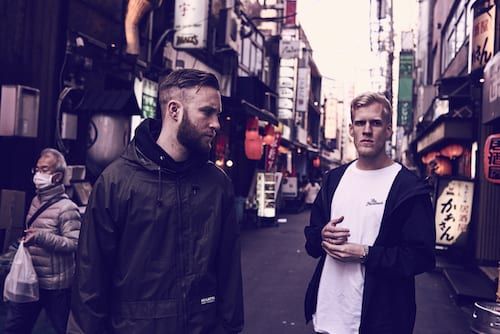 Internationally successful and London-based duo, Snakehips, are set to play at the O2 Forum Kentish Town for a headline show on Friday, 2nd June.

The show follows an incredible past year of touring the globe, with headline US and Australia tours behind them – with highlights including Coachella, Lollapalooza, Glastonbury and Bestival. The last time the pair played London they sold out KOKO, so tickets are likely to move fast for this one.

Snakehips’ powerful latest single with Danish superstar MØ, 'Don't Leave', has already amassed tens of millions of streams and video views online. It follows on from a number of high-profile collaborations, including ‘Cruel’ with Zayn and the Ivor Novello-nominated, platinum selling ‘All My Friends’ with Tinashe and Chance The Rapper. They’re now looking forward to bringing their trademark exciting show and forward thinking sounds to the O2 forum.

Snakehips recently had 'Don't Leave' remixed by popular New York producer and DJ Gryffin. Out today, you can listen on Soundcloud, Spotify or buy on iTunes.