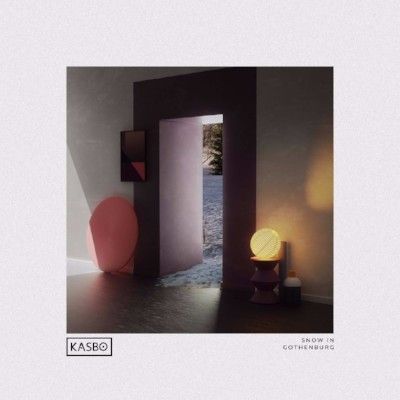 Today Kasbo has shared his new track "Snow In Gothenburg” out on Foreign Family Collective/Counter Records. The song is about Kasbo's hometown of Gothenburg, Sweden.  Prior to this single Kasbo released the track "Bleed It Out".

When talking about the new single Kasbo says, "I'm really happy to share my new song ‘Snow in Gothenburg’ with you. I've been listening to a lot of melancholic house driven music lately and most of my productions this past year have been widely inspired by that. ‘Snow In Gothenburg’ is where I take this concept to its fullest. It came out as one of my most atmospheric and personal tracks I've made. Super excited that you finally get to hear it.

The song itself is about loneliness and isolation, and the freedom of coming to terms with those feelings. Seeing the beauty of realizing that everyone has their own ways to go in life and that not everyone is supposed to have someone.

Leading up to this release, the 22-year old Swede has earned over 50 million streams on his music over the past two years alone with press support from Billboard, Stereogum, THUMP, Stoney Roads, and more. He has previously supported Glass Animals and a recent tour with ODESZA.