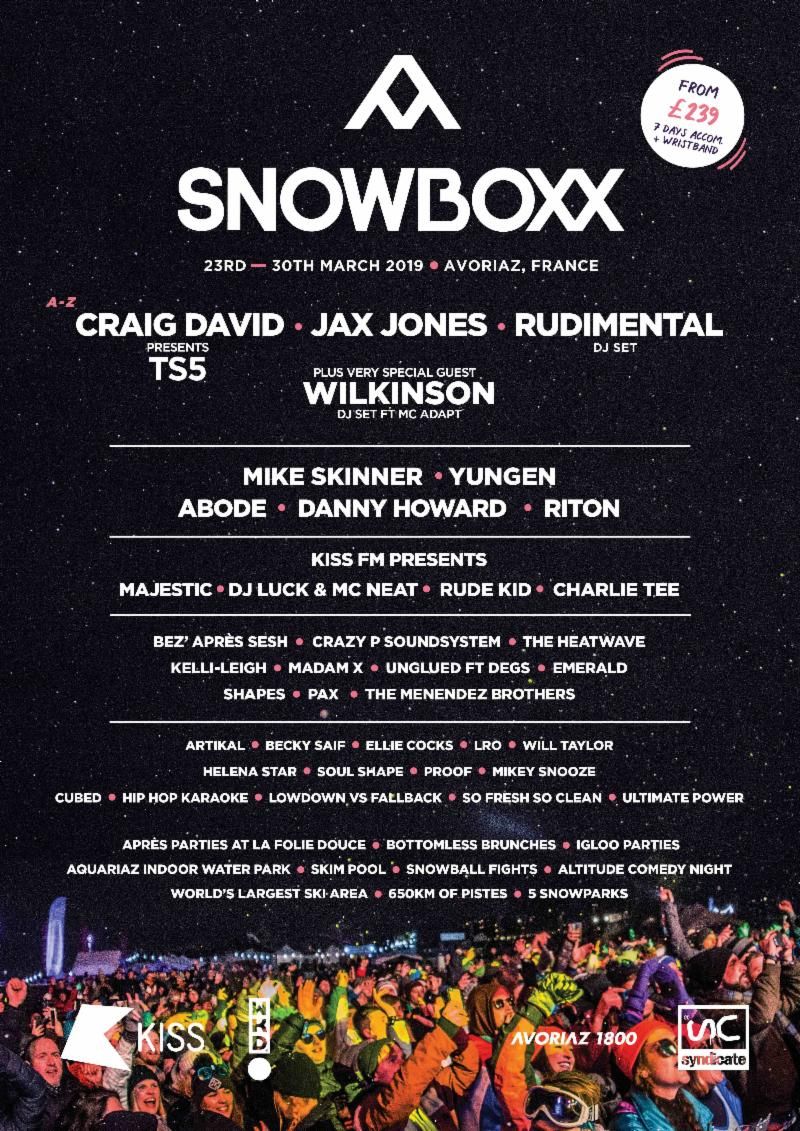 Full details have been revealed for leading winter festival Snowboxx, taking place in the stunning resort of Avoriaz in the French Alps from 23rd – 30th March 2019.

Brand new for 2019, the Tree House will feature an exclusive party with Mike Skinner in a wooden snow park in the Proclou forest, while Abode and Wilkinson (DJ) will host parties at the igloo stage, a unique party location on the slopes that can only be accessed on a snowcat.

Rounding off the jam-packed schedule a swath of newly announced acts include dancehall sensation The Heatwave, grime favourite Rude Kid, house and techno duo PAX and NTS Radio host Madam X who will all be bouncing their beats around the mountains.

Offering an unbeatable mix of snow, ski and sounds, Snowboxx Festival features the world's largest ski area, an impressive open-air arena by the slopes plus a further five unique stages of music, legendary Après parties and a vast array of fun-fuelled activities, making Snowboxx the best winter festival of all time. One epic week in the mountains at an unbeatable price!

7 day packages for Snowboxx Festival including festival passes and accommodation start at £239. Full details can be found at: www.snowboxx.com