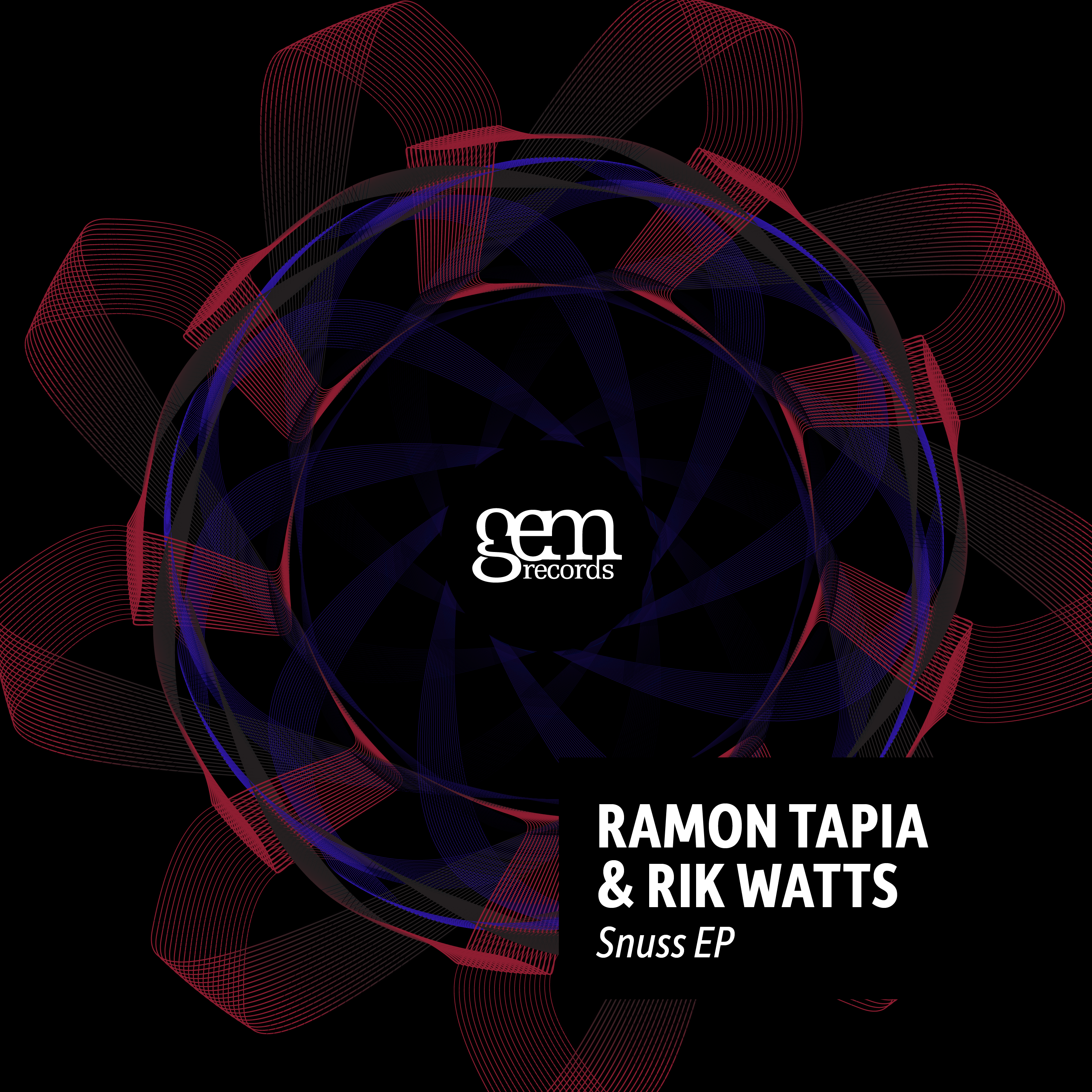 Ramon Tapia and Rik Watts drop their first collaboration on Amsterdam based Gem Records. The fresh duo lay down two tracks on the Snuss EP. Both are driving tech bombs with a punishing groove and a cavernous dark reverb to them.

Tapia has been part of the Gem family since 2010, appearing on the label three times before and as part of the booking agency roster. He represents the funky, housey side of Gem and has heavy weight legends such as DJ Sneak and Loco Dice supporting his work. The biggest turning point in his career which catapulted him into the limelight was compiling and remixing classics from the catalogue of the mighty Strictly Rhythm for ̈Strictly Rhythms vol. 6 ̈.

Ramon met Rik Watts at a gig in Rotterdam ́s Factory 010 where they both billed the line-up. Watts is a well-travelled individual who takes inspiration from all corners of the globe and merges them into his deep, solid, soulful joints. After meeting up in the studio they completed a number of demos. Gem Records is premiering the collab with this release.

The Snuss EP follows up a string of chart topping releases on Gem Records from the likes of label boss Secret Cinema who laid down techno bomb ‘Elementen’ with Egbert, Christian Smith & Wehbba who crafted an impeccable remix of Point Blank – Meng’s Theme and of course SILVER: Secret Cinema’s 25-year Anniversary box.