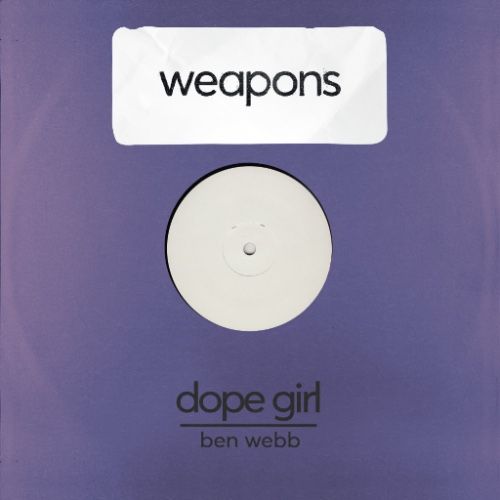 Staying true to their promise and supplying top quality tunes from both established and emerging acts, this January Weapons deliver ‘Dope Girl’ by the Midlands-based newcomer, Ben Webb.

Webb started out his career as the co-founder of, and established resident DJ at the underground club-night ‘District'. Over the last 6 years he’s cut his teeth in one of the UK’s coolest venues, The Basement – an underground gem that’s been hailed by the likes of Flashmob and Hector Couto as one the best in the world. During his time playing at the club, Ben has DJ’d alongside world class talent such as Sidney Charles, Jamie Jones, and Santé who as fate would have it, are now supporting his debut track.

Slated for official release on the 27th January, for the past few months ‘Dope Girl’ has been bubbling in the underground and setting the club world on fire, with DetLef and the Hot Creations crew, Claude VonStroke, Tiga, Steve Lawler, Melé and Denney among its other early dancefloor supporters.

It’s hypnotic and distinctive spoken-word vocal, bubbling analogue groove and cosmic synths make for an undeniably addictive track that everyone from touring club DJs to the highly-engaged underground online community wants to get their hands on.

'Dope Girl’ is OUT NOW